It was also the marriage anniversary of the sports presenter-cricketer couple. 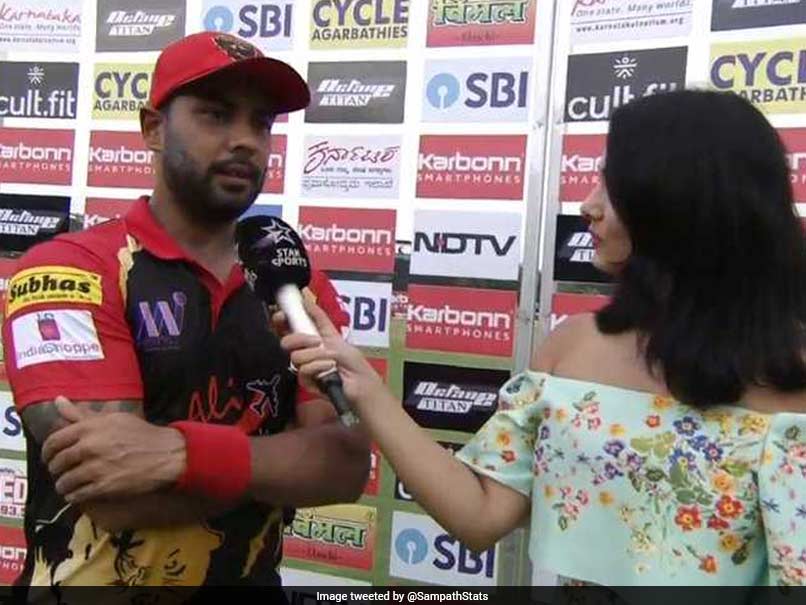 With star players KL Rahul and Manish Pandey on international duty, the Karnataka Premier League has failed to attract a lot of viewership. But, Friday was a different day altogether for the tournament. Belagavi Panthers' Stuart Binny scored a brilliant 87 runs off 46 balls and helped his team post 192/7 against Bengaluru Blasters. Just after Binny's knock, his wife and sports presenter Mayanti Langer, who is the covering the event for the host broadcasters, got the chance to interview her husband, on their marriage anniversary.

The picture soon went viral on the social media and the fans appreciated the couple.

Happy wedding anniversary @MayantiLanger_B i believe u got the best gft frm #StuartBinny with tht performance.Want 2 see u interviewing him

This is not the first time a couple have interviewed each other on the field.

Spain and Porto goalkeeper Iker Casillas was interviewed by his girlfriend Sara Carbonero after Spain won the FIFA World Cup 2010.

Comments
Topics mentioned in this article
India Cricket Team Stuart Binny Cricket
Get the latest updates on India vs Australia Series, check out the India vs Australia Schedule for 2020-21 and Ind vs Aus live score . Like us on Facebook or follow us on Twitter for more sports updates. You can also download the NDTV Cricket app for Android or iOS.