Ranji Trophy: Mumbai-Railways Clash to be Held in Wankhede

The Ranji trophy clash between Mumbai and Railways will be held in Wankhede after the MCA had requested the match to be shifted to the BKC (Bandra-Kurla Complex) venue. 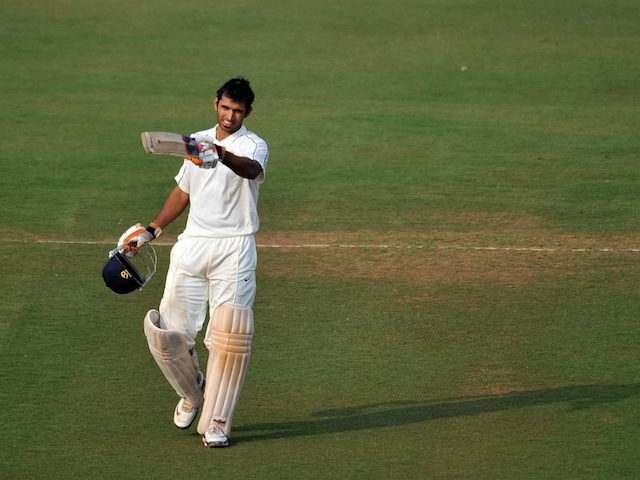 In Mumbai's last Ranji game against Uttar Pradesh at the Wankhede, the pitch once again came under the scanner after the game ended in a high-scoring draw.© AFP
Mumbai:

Mumbai Cricket Association clarified that the Ranji Trophy Group B game between Mumbai and Railways will be staged at the Wankhede Stadium only and not at its suburban Bandra-Kurla Complex (BKC) ground. (Ranji Trophy: Uttar Pradesh Hold on for Draw against Mumbai)

"I can confirm that the match is at Wankhede," said MCA joint secretary Dr PV Shetty, a day after other sources in the association said the November 15-18 game would be staged at its BKC facility.

However, a BCCI source, who did not wish to be identified, confirmed to PTIÂ  that a request had been received by the Board from MCA to shift the game from Wankhede to BKC ground but the wish could not be accommodated because of paucity of time.

"There was a request from MCA to shift the game from Wankhede to the BKC ground, but it could not be entertained as there was very little time for one of our pitches and grounds committee member to visit the venue (BKC) and certify it for staging the game," the source said.

The Mumbai team management wanted the game to be shifted out of Wankhede after a placid track had produced nearly 1,200 runs in the drawn game against Uttar Pradesh that ended on November 10.

Mumbai scored 610 for nine declared after being asked to bat first and UP replied with 440 to concede a big lead of 160. Following on, UP scored 140 for one before the game was called off by mutual consent.

On October 25, the fifth and final ODI between India and South Africa saw the visitors pile up a record-high score of 438 before clinching the game by a huge 214-run margin to pocket the series 3-2.

Indian team's director Ravi Shastri was later accused of hurling abuse about the track by pitch curator Sudhir Naik in a letter written to MCA who formed a one-man committee headed by ex-India captain and MCA VP, Dilip Vengsarkar, to look into the matter.

Vengsarkar brokered a truce between the two former Mumbai players last Sunday and said through a statement that the issue has been settled and both also shook hands to signal it.

Comments
Topics mentioned in this article
MUM RLY Cricket
Get the latest Cricket news, check out the India cricket schedule, Cricket live score . Like us on Facebook or follow us on Twitter for more sports updates. You can also download the NDTV Cricket app for Android or iOS.