Haryana conceded a lead of 105 runs to Rajasthan in the first innings. Haryana's Mohit Sharma picked five for 56 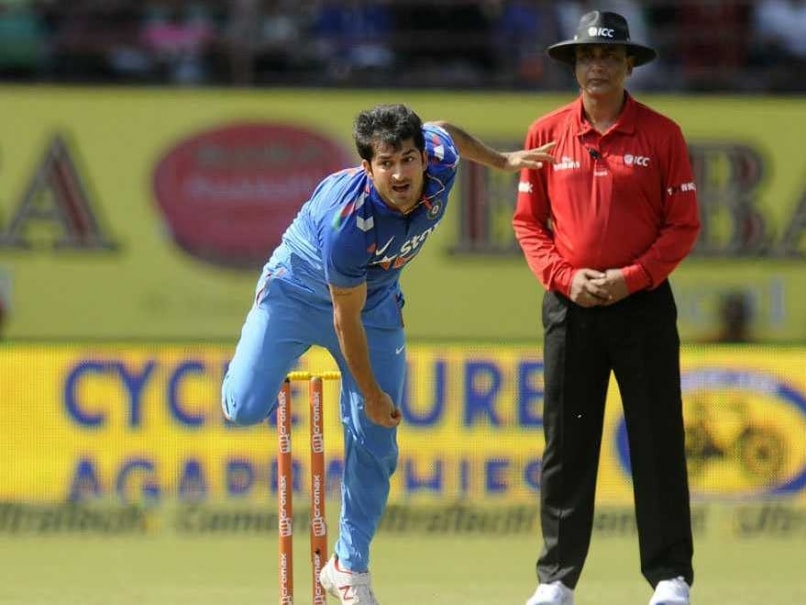 Haryana managed to reduce their deficit to 105 runs after conceding a big first-innings lead to Rajasthan in their Group A Ranji Trophy cricket match here on Tuesday. (Read more cricket stories here)

When the stumps were drawn on the second day at the Bansi Lal Stadium, Haryana were 62 for no loss in their second innings.

Earlier, replying to Haryana's meagre first-innings total of 112, Rajasthan were all out for 279, easily managing to take the crucial lead.

Ashok Menaria (47), Puneet Yadav (46) and Siddharth Dobal (43) were the main contributors for Rajasthan.

Though none of the Rajasthan batsmen could make it big after getting the starts, the 30s and 40s helped the side in getting past the host total and swell the lead.

At close of play, Nitin Saini (42) and Chaitanya Bishnoi (20) were going strong at the crease.

Rajasthan resumed their innings at overnight 75 for one and, barring a couple of useful partnerships, kept losing wickets at regular intervals.

Comments
Topics mentioned in this article
Mohit Sharma Cricket
Get the latest updates on India vs England Series, India vs England , live score and IPL 2021 Auction . Like us on Facebook or follow us on Twitter for more sports updates. You can also download the NDTV Cricket app for Android or iOS.