Ranji Trophy: Delhi's late fightback helped them avoid a defeat against Kerala, while Karnataka beat Tamil Nadu in the last over of a thrilling encounter. 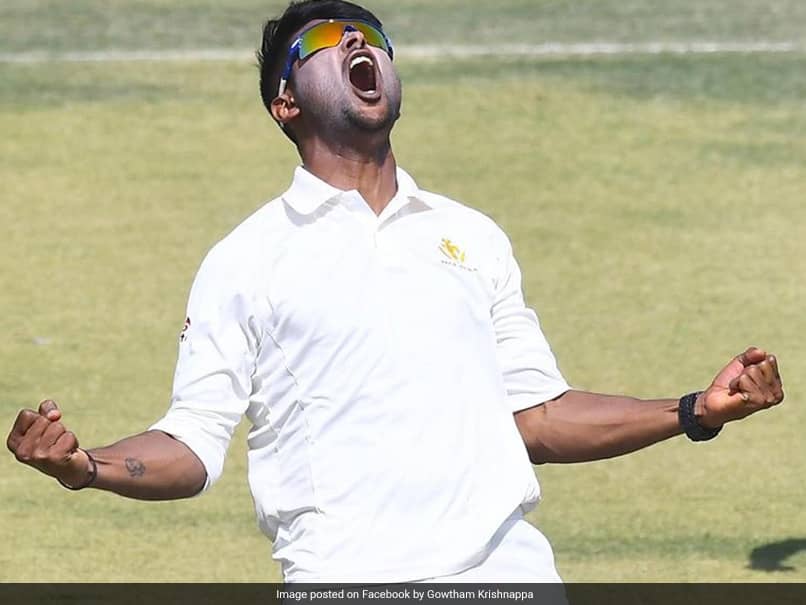 After a dismal show in their first innings where they were bundled out for just 142 in reply to Kerala's 525/9 decl, the Delhi batsmen showed grit and determination as they avoided a defeat against the hosts in their Ranji Trophy opener in Thiruvananthapuram on Thursday. Asked to follow-on, Delhi's Kunal Chandela (125) and Nitish Rana (114) slammed tons while opener Anuj Rawat (87) also staged a great fight back as the visitors reached 395/4 at stumps on the fourth and final day.

Gujarat, on the other hand, outclassed hosts Hyderabad by eight wickets. Chasing a paltry 187-run target, Gujarat lost Kathan Patel (1) cheaply however, his partner Priyank Panchal's 90 followed by Bhargav Merai's unbeaten 69 was enough to help them cross the line.

Punjab too, registered a convincing victory against Rajasthan in Jaipur as the visitors overhauled the meagre 68-run target without any hiccups in 11.4 overs.

Krishnappa Gowtham starred for Karnataka, who were also on the winning side as they registered a narrow 26-run victory over Tamil Nadu. Chasing a 181-run target, the Tamil Nadu batsmen failed to deliver as Gowtham came out all gun blazing to dismiss eight batsmen for 60 runs.

Ranji's most successful team Mumbai also started the season with a bang as they thrashed hosts Baroda by 309 runs. Chasing a mammoth 534-run target, the hosts were bundled out for 224 runs as Shams Mulani scalped four wickets for 72 runs while Shashank Attarde and Akash Parkar picked up two each.

However, the contest between Andhra-Vidarbha and Uttar Pradesh-Railways ended in a draw in the Elite Group A and B.

Coming to Elite Group C, hosts Haryana hammered Maharashtra by an innings and 68 runs. The visitors' show in the contest turned to worst from bad as in reply to the hosts 401, they could only manage 286 runs in the first innings with just 86 runs in their second essay.

The match between Assam and Services in Guwahati couldn't fetch any result.

In the Plate Group, hosts Goa defeated Sikkim by nine wickets at Porvorim. Resuming the final day at 331/8, the visitors could only manage to add another 43 runs to set a 75-run target for Goa, which they overhauled with ease as Suyash Prabhudessai's unbeaten 49 was enough to get them home.

Comments
Topics mentioned in this article
Nitish Rana Kunal Chandela Cricket Priyank Panchal Krishnappa Gowtham
Get the latest updates on India vs England Series, India vs England , live score and IPL 2021 Auction . Like us on Facebook or follow us on Twitter for more sports updates. You can also download the NDTV Cricket app for Android or iOS.