Rahul Dravid Turns 46, Wishes Pour In For "The Wall"

Under Rahul Dravid's mentorship, the Indian U-19 team lifted the World Cup in 2018. 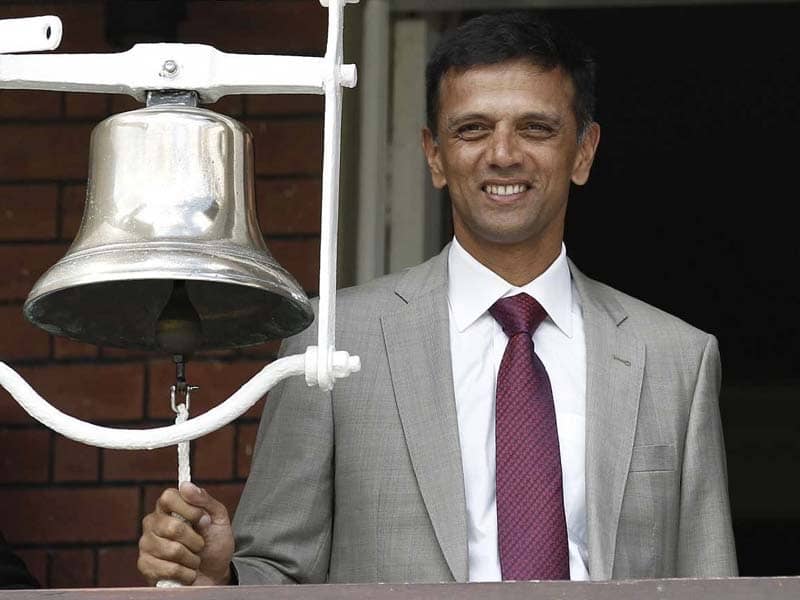 Rahul Dravid is currently the coach of the India Under 19 team and India A team.© AFP

Rahul Dravid turned 46 on Friday and wishes poured in from all quarters for “The Wall” of Indian cricket. Dravid, who is regarded as one of the most technically sound batsmen of his generation, guided the Indian team to numerous memorable wins during his cricketing career and is currently the coach of the India Under 19 team and India A team. From fans to cricketers (former and current) all took to Twitter to extend their greetings to Dravid on the special occasion.

Deewaron ke bhi kaan hote hain , is deewar ka bahut saaf Mann aur hriday bhi hai!( #TheWall too has ears, this one has a pure mind and a heart as well)
A joy to have played with him and made so many wonderful memories together #HappyBirthdayRahulDravid ! pic.twitter.com/eukPvSx0II

Many more happy returns of the day to my dear friend Rahul. I wish him all the happiness and love and hope that he continues serving Indian Cricket and continues to inspire not just budding cricketers but the youth of the country. #HappyBirthdayRahulDravid pic.twitter.com/fzsQcy5D5I

Happy Birthday Rahul bhai ! They call it a Gentleman's game because legends like you played it. Sharing the dressing room with you was a privilege & an honor that I'll never forget. Friend, mentor, captain & always #TheWall. Have a great year ahead!! #HappyBirthdayRahulDravid pic.twitter.com/1HOY2bYrC5

Happy birthday Jam..wish you all the happiness..keep continuing to flourish young talent under ur wings.. you are the best they can get..many great memories shared and many more to make #Thegreatwallofindia #legend #HappyBirthdayRahulDravid pic.twitter.com/Ha9GYvHQ9n

Many many happy returns of the day to a terrific human being, role model and an inspiration for many youngsters in the country. One of the most likeable cricketers ever , #HappyBirthdayRahulDravid bhai ! pic.twitter.com/V07D4Ci6A8

Wishing The Wall - Rahul Dravid a very Happy Birthday. His exploits in whites are well known but we thought we would relive one of his knocks in blue against Pakistan #HappyBirthdayRahulDravid pic.twitter.com/gJ1sgt6Ird

Dravid, who retired from international cricket in March 2012 had an illustrious career spanning close to 16 years. The legendary batsman during his career amassed 24,208 international runs including 48 centuries and 146 fifties.

In Tests, Dravid represented India in 146 matches, scoring 13,288 runs at a staggering average of 52.31 along with 36 centuries and 63 half-centuries.

Under Dravid's mentorship, the Indian U-19 team lifted the World Cup in 2018.

Many of the current crop of Indian cricketers have hailed Dravid for his mentoring and guidance skills.

Mayank Agarwal, who recently made a dream debut in Australia credited the former India captain saying that Dravid helped him manage his mental energies.