PSL 2021: Shaheen Afridi dismissed Babar Azam with an absolute peach of a delivery during Lahore Qalandars' win over Karachi Kings. The duo had a moment to remember after the dismissal. 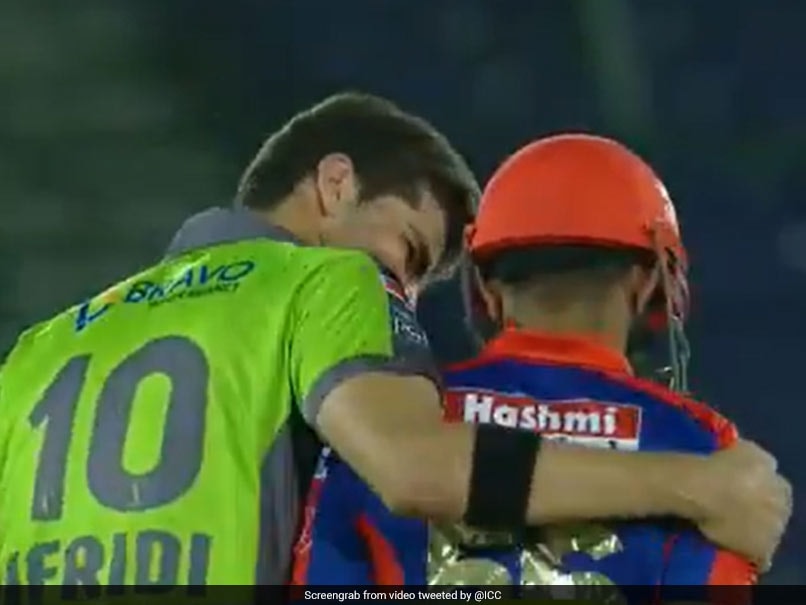 Shaheen Afridi registered three wickets to help Lahore Qalandars defeat Karachi Kings in their recent Pakistan Super League (PSL) 2021 fixture, on February 28. The highlight of his performance was his dismissal of international captain Babar Azam, in what many considered as a clash between Pakistan's best bowler and batsman. Azam could only score five runs in five deliveries before being sent back to the pavilion. Lahore went on to win the match by six wickets, at the National Stadium in Karachi. Here is the video of Afridi's dismissal of Azam:

In the last ball of the third over, Azam tried to guide an incoming delivery on the leg side, but he misjudged the line and the ball rattled the stumps. Afridi, who was ecstatic, after taking the wicket, began to celebrate. But he quickly realized that it was his international captain. The fast bowler smiled and then put his arms around Azam's shoulders.

In what was a closely-contested match, Lahore initially won the toss and elected to field. Karachi posted a strong target of 187 runs, after scoring 186 for nine in 20 overs. Lahore won the match with four balls to spare.

Fakhar Zaman put in a top show for the winning team, scoring 83 runs off 54 balls. Meanwhile, Ben Dunk slammed an unbeaten knock of 57 runs from 43 deliveries.

Shaheen Afridi Cricket
Get the latest updates on IPL Auction 2023 and check out  IPL 2023 and Live Cricket Score. Like us on Facebook or follow us on Twitter for more sports updates. You can also download the NDTV Cricket app for Android or iOS.