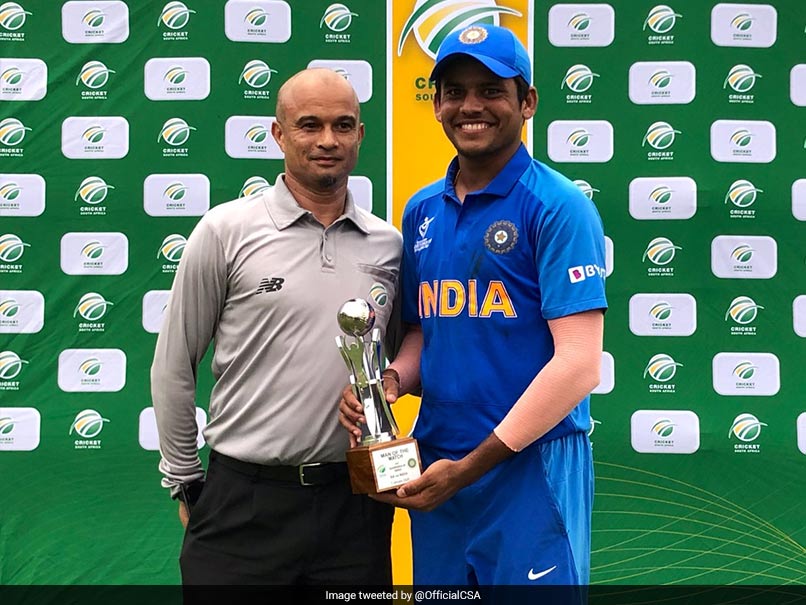 Priyam Garg was awarded the player of the match for his 103-ball 110.© Twitter

India U-19 captain Priyam Garg notched up a 103-ball 110 as his team beat hosts South Africa by 66 runs to make a winning start to the four-nation one-day series here on Friday. Electing to bat, India posted 264/5 with Garg leading from the front. Besides the skipper, Dhruv Jurel (65) and Tilak Varma (42) made useful contributions.

For South Africa, captain Bryce Parsons top-scored with a 50-ball 57.

India U-19s will next take on Zimbabwe on Sunday. New Zealand are the fourth side in the tournament.

South Africa U19 Priyam Garg Cricket
Get the latest updates on IND vs NZ 2021, check out the Schedule and Live Score . Like us on Facebook or follow us on Twitter for more sports updates. You can also download the NDTV Cricket app for Android or iOS.