"Accept My Fate": Prithvi Shaw On Being Suspended For Doping Violation

While maintaining that he consumed the prohibited substance inadvertently via a over the counter cough syrup, Prithvi Shaw wrote, "I accept my fate with all sincerity". 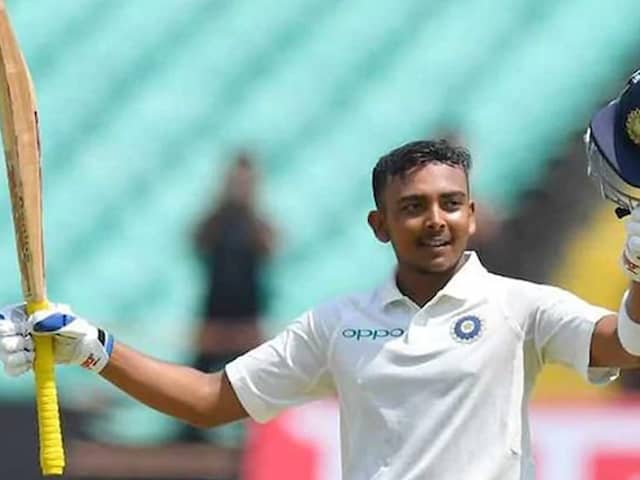 Prithvi Shaw has been suspended by BCCI for eight months for doping violation.© AFP

Prithvi Shaw, who was suspended by the Board of Control for Cricket in India (BCCI) for eight months for doping violation on Tuesday, released a detailed statement on his Twitter handle. While maintaining that he consumed the prohibited substance inadvertently via a over the counter cough syrup, Shaw wrote, "I accept my fate with all sincerity". Shaken with the news of his ban, Shaw expressed hope that his ban will inspire other athletes to be careful about the drug they consume.

According to the media release from the BCCI, Prithvi Shaw's eight-month period of ineligibility will be deemed to have started to run from March 16, 2019 to November 15.

The BCCI had earlier in a statement said, "Shaw had provided a urine sample as part of the BCCI's anti-doping testing program during the Syed Mushtaq Ali Trophy match on February 22, 2019 in Indore. His sample was subsequently tested and found to contain Terbutaline. Terbutaline, a specified substance, is prohibited both In & Out of Competition in the WADA Prohibited List of Substances.

"On July 16th 2019, Shaw was charged with the commission of an Anti-Doping Rule Violation (ADRV) under the BCCI Anti-Doping Rules (ADR) Article 2.1 and provisionally suspended pending determination of the charge. Shaw responded to the charge by admitting the ADRV but asserting that it was inadvertent, being caused by his ingestion of the over the counter cough syrup he had taken for his cough," the statement added.