Pakistan skipper Babar Azam has been named as ICC Men's Player of the Month for April following his batting heroics against South Africa in the recent limited-overs series. 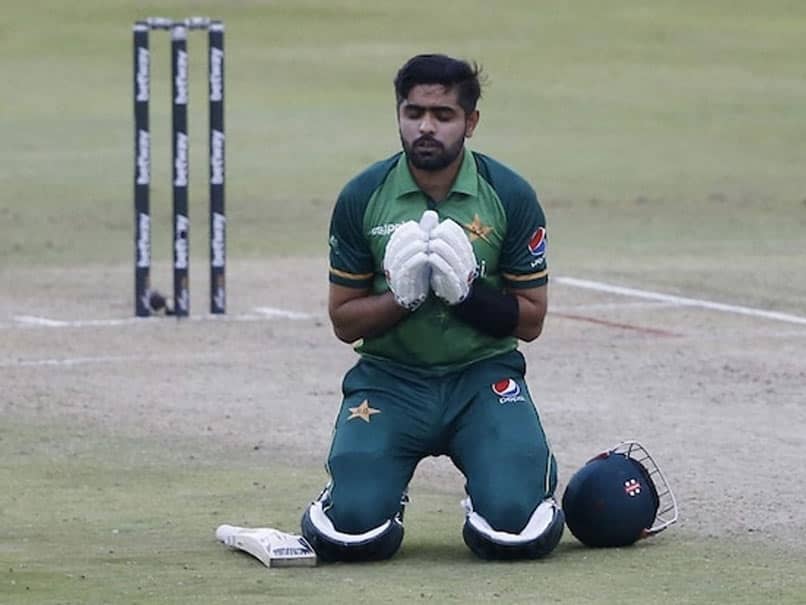 Pakistan captain Babar Azam on Monday won the International Cricket Council (ICC) Men's Player of the Month award for April 2021 for his superlative performances in the three-match One-Day International (ODI) and four-match T20I series against South Africa. Azam pipped his fellow countryman Fakhar Zaman and Nepal Kushal Bhurtel to take the laurels. The announcement was made on ICC's official Twitter handle. "Three ODIs, 228 runs at 76.00, Seven T20Is, 305 runs at 43.57, Became the No.1 ODI batsman. Well done, Babar Azam for winning the ICC Men's Player of the Month for April," ICC wrote on the micro-blogging site with a video.

Well done, @babarazam258 for winning the ICC Men's Player of the Month for April #ICCPOTM pic.twitter.com/CuCaodFEk7

Babar Azam scored 228 runs in the ODI series against South Africa that included a hundred and a half-century. In the shortest format of the game, he amassed 210 runs in four games.

He also won the player of the series award in the T20Is.

Meanwhile, Australia's wicketkeeper/batter Alyssa Healy was named the ICC Women's Player of the Month for April 2021. Healy scored 155 runs at an average of 51.66 and a strike rate of 98.72 in the three-match ODI series against New Zealand.

She was also the leading run-scorer for Australia in the event as Australia Women blanked the White Ferns 3-0. With the series win over New Zealand, Australia have extended their record-winning streak to 24 ODIs.

Speaking about Healy's performance in April, Ian Bishop representing the ICC Voting Academy said, "Healy deserves to win the ICC Women's Player of the Month - April as she added the runs at the top consistently and at a good tempo to help set up Australia's scoring in chases and target setting across all three games of their record-breaking series."