High-flying Pakistan start as favourites against a Covid-hit West Indies team in the first of three T20 internationals in Karachi on Monday. 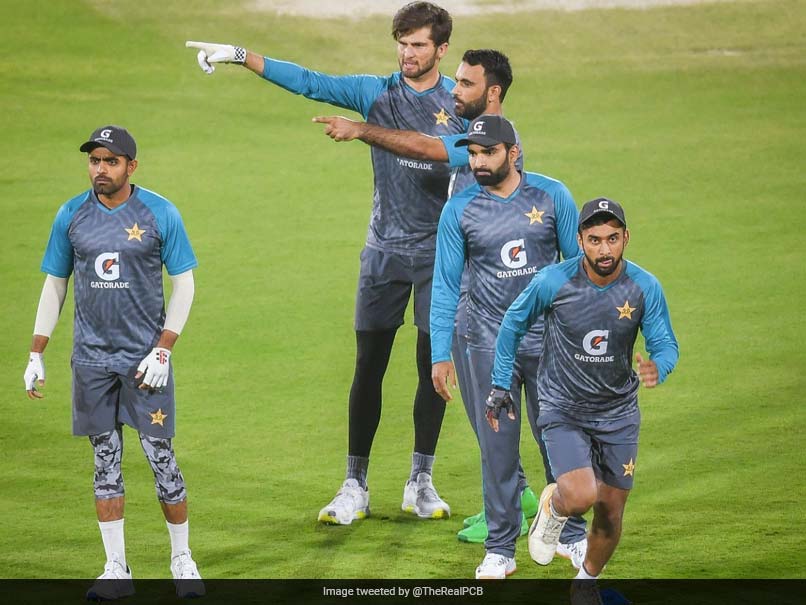 Pakistan team trains ahead of the first T20I against the West Indies.© Twitter

High-flying Pakistan start as favourites against a Covid-hit West Indies team in the first of three T20 internationals in Karachi on Monday. Already missing a number of top players including skipper Kieron Pollard, the West Indies were dealt an additional blow when left-arm pacer Sheldon Cottrell, and all-rounders Roston Chase and Kyle Mayers, tested positive for Covid-19 on Saturday. The tourists will now have to pick replacements from their large touring squad against an in-form Pakistan playing in familiar conditions.

Babar Azam's team followed their semi-final showing at the Twenty20 World Cup with a 3-0 rout of Bangladesh in an away series last month.

"We want to carry the momentum and the confidence that we have gained during the World Cup and the tour of Bangladesh," Babar said.

"There has always been talk that they are missing some key players but all those who are here are of international standard so we will not take them easy."

Pakistan have beaten the West Indies in 12 of their 18 T20I clashes, suffering three losses and as many no results.

Babar has formed an unbreakable opening partnership with Mohammad Rizwan and a solid batting line-up alongside a bowling attack led by the pace of Shaheen Shah Afridi has seen the team win eight of their last nine T20Is.

The West Indies have had contrasting fortunes, failing to qualify for the World Cup semi-final after winning the competition in 2012 and 2016.

"We know what happened in the World Cup and we're not going to go back there," head coach Phil Simmons said.

Pakistan hope the series will help them convince other teams to visit after New Zealand abandoned a tour due to a security alert in September.

The cancellation was followed by England withdrawing their men's and women's teams from a series scheduled for October.

"It was important to have this series and we must appreciate the West Indies team for coming here because there were fears about whether teams will come or not," said Babar.

"I am sure with 100 percent crowds allowed we will have entertaining cricket."

Monday's game will be followed by T20Is on Tuesday and Thursday and by three one-day internationals on Saturday, Monday and Wednesday -- all in Karachi.

Babar Azam Pakistan vs West Indies, 1st T20 Cricket
Get the latest updates on ICC Women's Cricket World Cup 2022 and IPL 2022, check out the Schedule , Live Score and IPL Points Table. Like us on Facebook or follow us on Twitter for more sports updates. You can also download the NDTV Cricket app for Android or iOS.