Pakistan vs Sri Lanka: Not many countries have toured Pakistan for the bilateral series after the Sri Lanka team was attacked in Lahore in 2009. 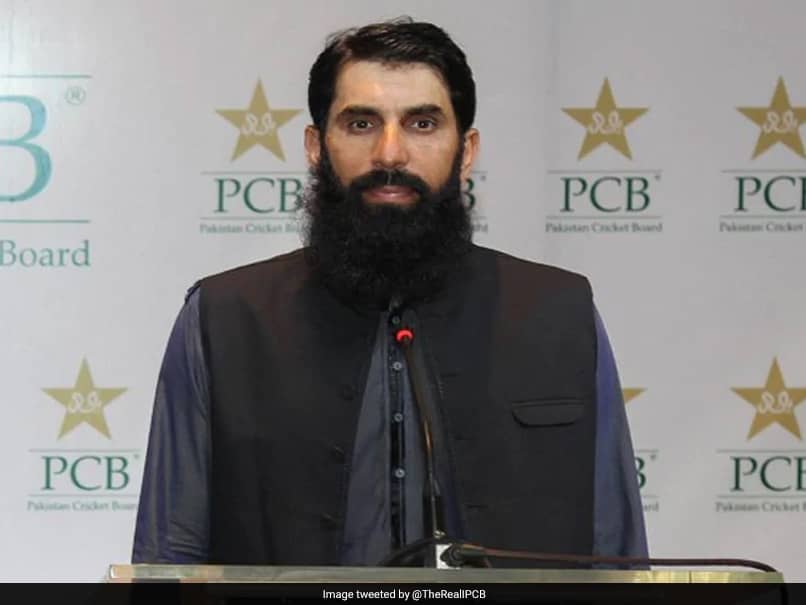 Pakistan's newly appointed head coach Misbah-ul-Haq on Wednesday urged the cricket world to better help his country's efforts to revive international matches, damaged by security problems in the last decade. Misbah-ul-Haq's request comes two days before Pakistan takes on Sri Lanka in a series of three one-day internationals, the first in the country for four years, and as many Twenty20 internationals.

The Sri Lanka team was attacked in Lahore in 2009 and since then most international teams have refused to tour the South Asian country, leaving Pakistan to play nearly all their "home" games in the United Arab Emirates.

Zimbabwe was the first country to return in 2015, with Pakistan hosting the West Indies, Sri Lanka, and a World XI team since then.

The current series was hit by withdrawals of ten top Sri Lankan players over security fears but Sri Lanka's cricket board received the all-clear from the defence ministry last week.

"Cricket world need to do more, not only for Pakistan but for any country where it is hit," said Misbah, under who Pakistan plays the first one-day international on Friday.

The remaining two matches will also be held in Karachi on Sunday and Wednesday.

The three Twenty20 internationals will be in Lahore on October 5, 7 and 9.

Misbah never captained any of his 56 Tests in Pakistan and he praised Sri Lanka -- who arrived under heavy security -- for the tour.

"I know it would have been a tough decision for Sri Lanka to tour," he said.

"Pakistan is a cricket-loving country and it would be injustice to deprive them of international cricket, so I hope that the world will support us more and more."

It had been ten years since the attacks, Misbah said, adding he hoped more international teams would consider touring his nation and others like Pakistan.

"Otherwise the survival of cricket will be difficult."

Misbah said his team -- the majority of who will be playing a one-day international at home for the first time -- were excited for the match.

Skipper Sarfaraz Ahmed, Babar Azam, Haris Sohail, and Wahab Riaz have featured in an ODI in Pakistan before.

"It's a special moment for all of us and players are excited as well as emotional, playing before their home fans and at home ground, so it's really special," Misbah added.

Sarfaraz Ahmed Cricket
Get the latest updates on IPL 2020, check out the IPL Schedule for 2020 and Indian Premier League (IPL) Cricket live score . Like us on Facebook or follow us on Twitter for more sports updates. You can also download the NDTV Cricket app for Android or iOS.