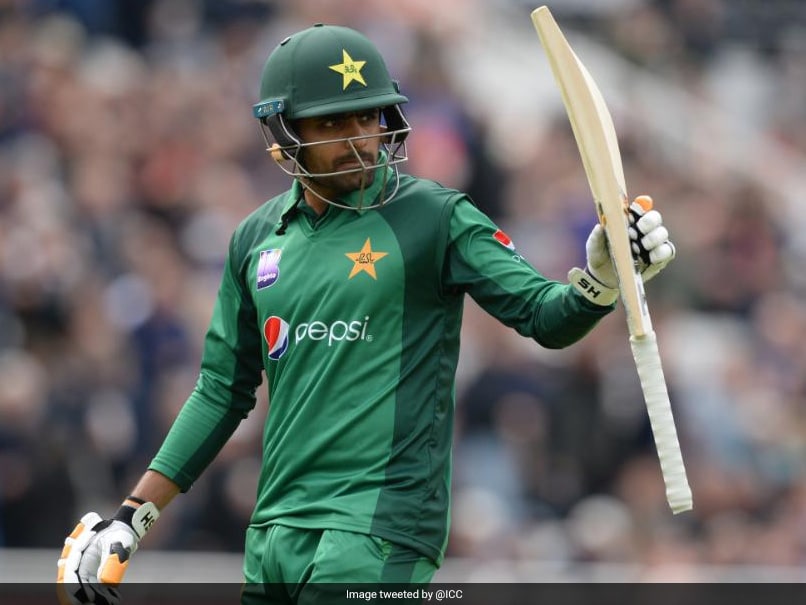 Pakistan star batsman Babar Azam, playing in his first match as vice-captain, blazed a century in the 2nd ODI vs Sri Lanka in Karachi on Monday. Babar Azam made a 105-ball 115 before holing out to short leg as Pakistan finished with 305/7 batting first. With the fluent knock, which included eight boundaries and four sixes, Azam became the fastest batsman to make 1,000 runs in a calendar year for Pakistan in the 50-over format. The 25-year-old took just 19 innings to reach the landmark, two less than Javed Miandad, who scored 1,000 runs in 21 innings in 1987. With this century, Babar Azam also went past Indian sklipper Virat Kohli to become the third fastest batsman to score 11 ODI hundreds.

Babar Azam has been in fine form for Pakistan. He has scored two centuries and seven half centuries in ODIs this year and is the only batsman to reach the 1,000-run mark in 2019.

Mohammad Yousuf and current Pakistan head coach Misbah-ul-Haq sit behind Miandad on the list, having taken 23 innings to reach the 1,000-run mark in 2002 and 2013 respectively.

Playing in front of his home crowd, the right-handed batsman scored his 11th ODI century. The batsman took just 71 innings to get to 11 hundreds, nine fewer than Virat Kohli. Only Hashim Amla and Quinton de Kock got 11 tons faster than him, having taken 64 and 65 innings respectively.

Babar Azam's phenomenal performances have helped him rise in stature. Already seen as one of their most important batsmen, he was named vice-captain for the Pakistan ODI squad against Sri Lanka after a phenomenal show in the World Cup. While Pakistan failed to set the seminal tournament on fire, Babar Azam shone with the willow, scoring 474 runs.

Babar Azam Cricket
Get the latest updates on Fifa Worldcup 2022 and check out  Fifa World Cup Schedule, Stats and Live Cricket Score. Like us on Facebook or follow us on Twitter for more sports updates. You can also download the NDTV Cricket app for Android or iOS.