PAK vs SA: Pakistan, whose lone series win over South Africa was at home in 2003, start as favourites in Rawalpindi after last week's thumping seven-wicket win in Karachi. 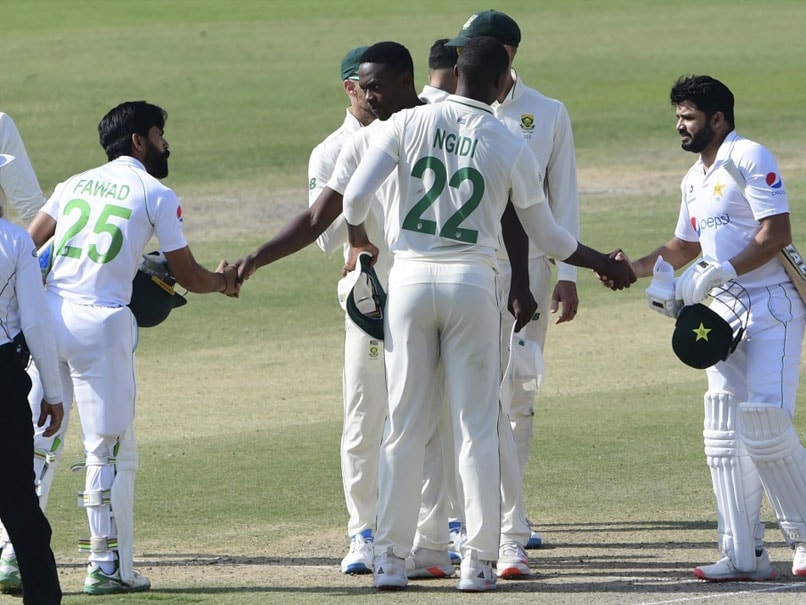 Pakistan will look to end a 17-year wait for a series win against South Africa.© AFP

New-look Pakistan will look to end a 17-year wait for a series win against South Africa and leapfrog the Proteas in the rankings in the second Test starting on Thursday. Victory would be poignant for Pakistan, who are hosting their biggest Test series since the deadly 2009 terrorist attack on Sri Lanka's team halted international tours. Pakistan, whose lone series win over South Africa was at home in 2003, start as favourites in Rawalpindi after last week's thumping seven-wicket win in Karachi.

They stand to rise two places to fifth in the rankings with a series victory, while defeat would push South Africa down from fifth to sixth.

Debutant Nauman Ali and fellow spinner Yasir Shah were the heroes in Karachi with seven wickets each, along with Fawad Alam whose first-innings century set up the win.

Babar Azam, who captained Pakistan for the first time in Tests, said the win was much needed after they went down heavily in both Tests away to New Zealand in December and January.

"This win was very necessary for our group," said Azam. "The last series in New Zealand didn't go very well.

"Yes, these are home conditions but South Africa is a top Test side and beating them was morale-boosting."

He added: "We have been telling the players to be confident. I don't want them to take pressure, learn from mistakes and do your best."

However, Rawalpindi will provide a different challenge for both teams as fast bowlers tend to dominate.

When Pakistan beat Bangladesh there by an innings and 44 runs, 12 months ago, 20 of the 30 wickets went to fast bowlers.

With that in mind, Pakistan are expected to drop Nauman, despite his wickets in Karachi, and give a Test debut to paceman Haris Rauf.

'Not the greatest' record

South Africa have long struggled in the subcontinent, with Karachi their eighth defeat in a row in India, Sri Lanka and Pakistan.

"I know that our record in the subcontinent is not the greatest," said captain Quinton de Kock.

"We have won a couple of series and I have part of some but now we want to find a way to alter that."

Experienced opener Dean Elgar is expected to be fit to play after being hit on the hand in Karachi.

The tourists are likely to drop spinner George Linde to bring in one of their fast-bowling all-rounders, Wiaan Mulder or Dwaine Pretorius.

Kagiso Rabada Fawad Alam Pakistan vs South Africa, 2nd Test Cricket
Get the latest updates on ICC T20 Worldcup 2022 and CWG 2022 check out the Schedule, Live Score and Medals Tally. Like us on Facebook or follow us on Twitter for more sports updates. You can also download the NDTV Cricket app for Android or iOS.