The Australian team was bundled out for 89 in the first T20I against Pakistan in Abu Dhabi. 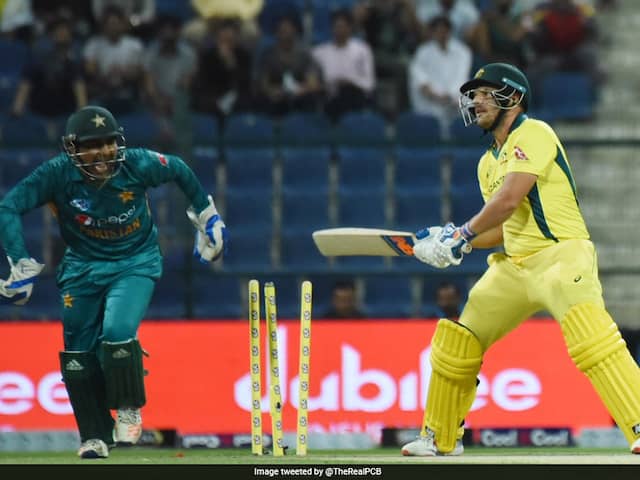 Pakistan defeated Australia by 66 runs in the first T20I in Abu Dhabi.© Twitter

Australia suffered an embarrassing 66-run defeat in the first T20 international against Pakistan in Abu Dhabi on Wednesday. Chasing a moderate target of 156, Australia were bundled out for 89 as spinner Imad Wasim ran through the Australian batting line-up with ease. Former Pakistan captain Shahid Afridi was left shocked by Australia's performance and said that he was stunned at the batting collapse of the visitors. Only three Australian batsmen could reach the double-figure mark -- Chris Lynn (14), Ashton Agar (19) and Nathan Coulter-Nile (34) -- as the rest eight of them were dismissed on single digits.

Absolutely stunned by the Australian collapses first in Tests and now in the T20I. What's wrong? Brilliant comeback @simadwasim. And yes Pakistan is number one in the format for a reason. The best in the world. Keep going strong boys. #PAKvAUS

During the run-chase, the Australian batsmen could not gain the momentum they needed as they kept losing wickets at regular wickets. Middle-order batsman Nathan Coulter-Nile was the highest scorer for Australia.

Imad, who made his international return, was adjudged man of the match. He returned with figures of 3/20 in his allotted four overs. Faheem Ashraf (2/10) and Shaheen Afridi (2/23) shared four wickets between them.

Hasan Ali and Shadab Khan also chipped in with a wicket each to ensure Pakistan's victory.

Earlier, the Australian team had lost the 2-match Test series against Pakistan 0-1. After narrowly saving the first Test in Dubai, the team led by Tim Paine lost the second Test in Abu Dhabi by a massive 373-run margin inside four days. After losing the Test series, former cricketer Shane Warne slammed Australia for their poor batting.

Congrats to Pakistan on a terrific series win, well played - just to good. Australia's batting was very ordinary in 3 of the 4 innings, and the amount of overs Australia could only manage to last is a real concern as well as the manor of all the dismissals too. Worrying times...

Australia currently trail the 3-match T20I series 0-1 against Pakistan. The second and third match of the series will be played in Dubai on October 26 and 28 respectively.