Mark Waugh had a difficult time pronouncing Fakhar Zaman's name correctly, leading to a laugh riot in the studio. 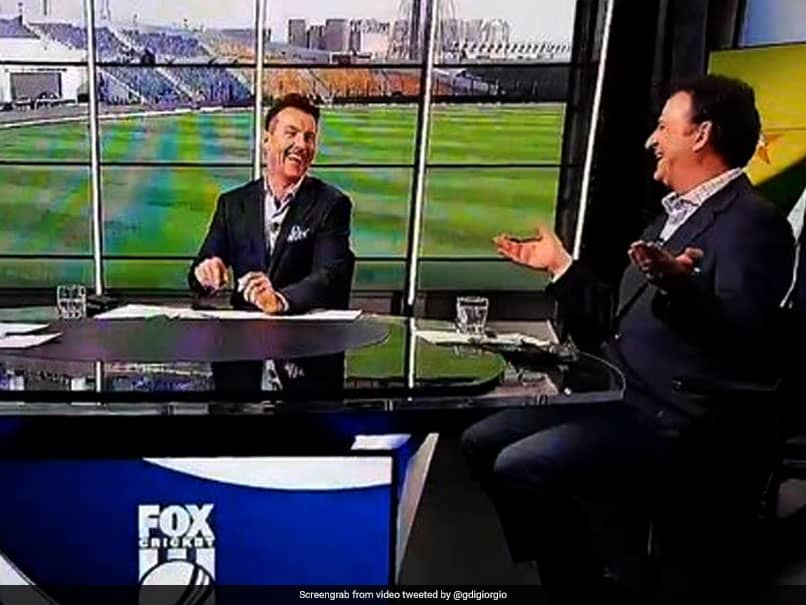 Australian crickters, past and present, mispronouncing names of their Asian counterparts has been quite a regular occurence. The latest to fall prey is former Australia opener Mark Waugh who had a difficult time saying Fakhar Zaman's name correctly, leading to a laugh riot in the studio. While giving his analysis on the ongoing Pakistan vs Australia 2nd Test, Waugh fumbled with Fakhar Zaman's name while on air but got a helping hand from former Australia pacer Brett Lee, who after correcting Waugh just couldn't stop laughing at his compatriot's blooper.

"I was close, come on," Waugh said in his defence to Brett Lee and Neroli Meadows, the host of the show on Fox Sports.

Zaman made his Test debut in the 2nd Test against Australia at the Sheikh Zayed Stadium in Abu Dhabi and made a huge impact.

After losing Mohammad Hafeez, Pakistan, while on 57, lost four wickets without adding a single run to find themselves in all sorts of problems. At 57 for five, Australia had Pakistan cornered but a fighting 94 from Fakhar Zaman and another 94 from captain Sarfraz Ahmed bailed the hosts.

In the end, Pakistan reached 282 in their first innings.

Fakhar Zaman played a much assured knock in the second innings, taking the attack to the Australian bowlers to score 66 off 83 balls, including seven boundaries.

Australia had been left devastated following a five-for for Mohammad Abbas and Fakhar Zaman's half-century in the second innings further compounded their problems. The visitors were bowled out for a meagre 145 to hand Pakistan a 137-run first-innings lead.

By close on the second day Pakistan were 144 for two in their second innings, stretching the advantage to 281 runs with eight wickets intact as they bid to win the two-match series 1-0.

Brett Lee Fakhar Zaman Pakistan vs Australia, 2nd Test Cricket
Get the latest updates on IPL 2020, check out the IPL Schedule for 2020 and Indian Premier League (IPL) Cricket live score . Like us on Facebook or follow us on Twitter for more sports updates. You can also download the NDTV Cricket app for Android or iOS.