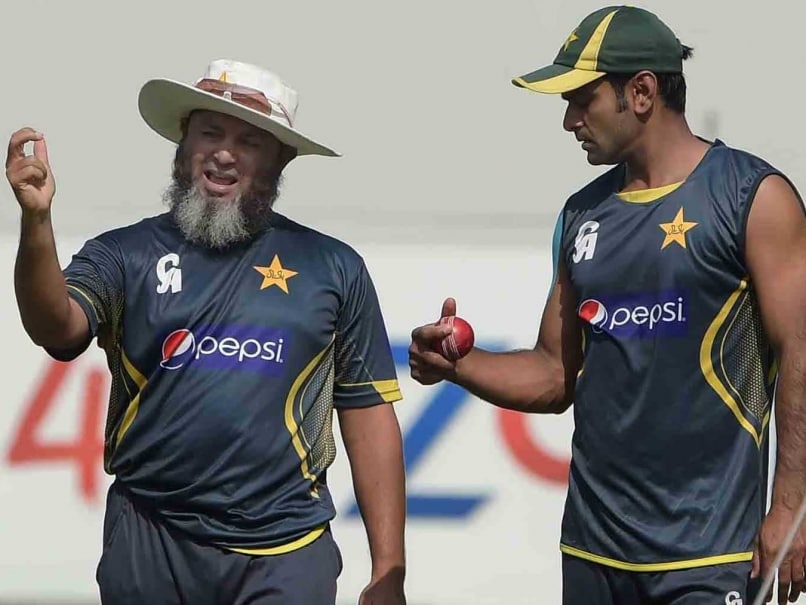 The Pakistan Cricket Board has finally decided to allow Mushtaq Ahmed (left) to go with the team to England.© AFP

In another U-turn, the Pakistan Cricket Board (PCB) after initially refusing to appoint former Test leg-spinner Mushtaq Ahmed as an assistant coach for the England tour has now relented after pressure from chief coach Mickey Arthur.

"The board had initially rejected Arthur's recommendation that Mushtaq should be attached as assistant coach with the team for the tour to England and it had told the new coach he will be assisted by former test all-rounder Azhar Mahmood," a well-informed source in the board told PTI.

He said with time running out the board has finally decided to allow Mushtaq to go with the team to England.

"Initially, the board had explained to Arthur they couldn't release Mushtaq since he was now working as head coach at the NCA in Lahore."

Ironically, the PCB had released Mushtaq quietly as assistant coach when Waqar Younis was head coach and Pakistan had gone to play in the Asia Cup and World T20.

The source said the board had also accepted Arthur's recommendation to hire former Australian wicketkeeper Steve Rixon as fielding coach of the team with Zimbabwe's Grant Ludon now working as trainer.

Rixon was assistant coach of the Australian team until January 2014 when Darren Lehmann opted for his own hand-picked support staff.

The source said another important decision which the board has taken is to appoint a public relations firm in the United Kingdom for the duration of the Pakistan team's tour.

"The public relations firm will be responsible for working with the Pakistan team management in England and will ensure that a positive image of Pakistan cricket is built throughout the tour," the source added.

The board had earlier tried to appoint a foreign media professional to work as media manager of the Pakistan team in England but failed to convince two candidates to accept the assignment.

Comments
Topics mentioned in this article
Mushtaq Ahmed Azhar Mahmood Pakistan Cricket Board Pakistan Cricket Team England Cricket Team Cricket
Get the latest updates on IPL 2021, IPL Points Table , IPL Schedule 2021 , live score . Like us on Facebook or follow us on Twitter for more sports updates. You can also download the NDTV Cricket app for Android or iOS.