Pakistan completed a series whitewash over Zimbabwe with a 131-run win on Sunday in the fifth and final ODI at Queens Sports Club in Bulawayo. 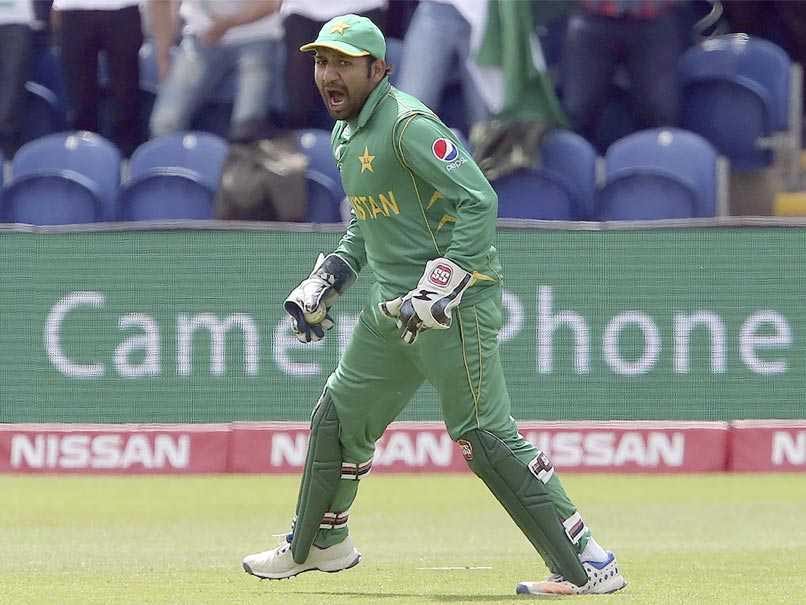 Pakistan completed a series whitewash over Zimbabwe with a 131-run win on Sunday in the fifth and final One-day International (ODI) at the Queens Sports Club in Bulawayo. During the match, Pakistan captain Sarfraz Ahmed tried to copy former India captain Mahendra Singh Dhoni. The incident happened in 48th over of Zimbabwe's innings when Sarfraz took off his wicket-keeping gloves and decided to try his hand at bowling. Sarfraz had asked Fakhar Zaman to don the wicket-keeping gloves for two overs.

Sarfraz bowled his first over of his career brilliantly, conceding just 6 runs. He came back in the last over again. Bowling the last over of the series against Zimbabwe, Sarfraz was whacked for a huge six by Zimbabwe's Peter Moor over the mid-wicket region.

This was the first time that Sarfraz decided to bowl his international career. He bowled two overs and conceded 15 runs.

Former India captain Dhoni has one international wicket to his name. He had dismissed West Indies' Travis Dowlin during the ICC Champions Trophy match in 2009 in Johannesburg.

On another record setting day in Bulawayo for the visitors, Fakhar Zaman became the fastest player in history to reach 1,000 career runs in ODI cricket as Pakistan amassed 364 for 4.

"It was a great team effort to win 5-0 against Zimbabwe," said Sarfraz. "Everyone wanted to bat...but at the same time it's really good to see young players performing like this, like Fakhar Zaman and Imam-ul-Haq have been doing, which is good for the team."

Sarfraz Ahmed Peter Moor Cricket
Get the latest updates on Olympics 2020, Olympics 2020 Medal Tally, Live Cricket Score . Like us on Facebook or follow us on Twitter for more sports updates. You can also download the NDTV Cricket app for Android or iOS.