On This Day In 2013: Sachin Tendulkar, Rahul Dravid Played Their Final Franchise Match

Sachin Tendulkar and Rahul Dravid played their final franchise game on this day in 2013. 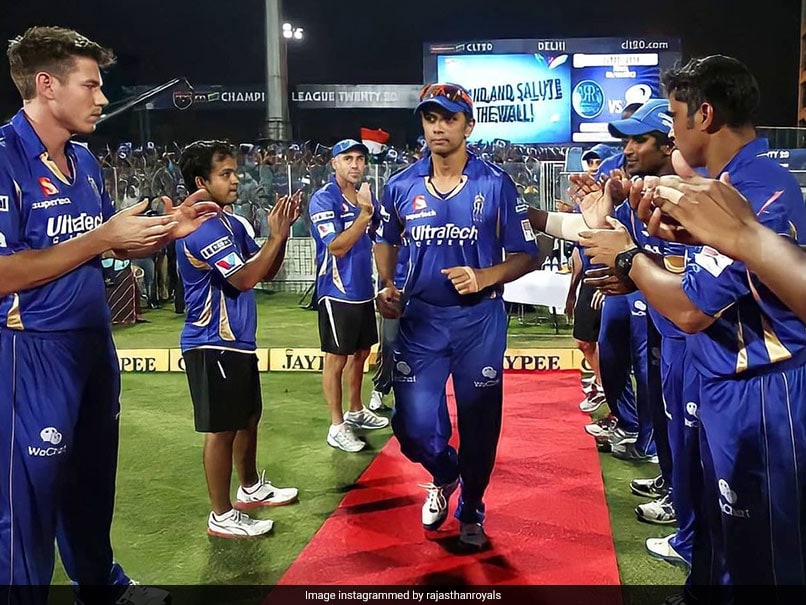 It was on this day eight years ago, when Master Blaster Sachin Tendulkar donned Mumbai Indians jersey for the final time. Interestingly, this match was also the last appearance for Rahul Dravid for Rajasthan Royals. Under the leadership of Rohit Sharma, Tendulkar played the Champions League T20 final against Rajasthan Royals. Tendulkar bowed out on a high as Mumbai Indians won the title after defeating the Royals by 33 runs in the summit clash.

Batting first, Mumbai Indians posted a total of 202/6 in the allotted 20 overs and it was Dwayne Smith who top-scored for the side, playing a knock of 44 runs.

Tendulkar managed to score just 15 runs while Glenn Maxwell scored a quick-fire 37 off just 14 balls with the help of 4 fours and 2 sixes.

Rajasthan Royals were not able to chase the target and the side was bundled out for 169. For Mumbai, Harbhajan Singh returned with four wickets and he was adjudged as Man of the Match.

Tendulkar is currently the mentor of Mumbai Indians while Dravid is the head of the National Cricket Academy (NCA). Dravid had also coached the Indian team for the series against Sri Lanka earlier this year.

Sachin Tendulkar
Get the latest updates on IND vs NZ 2021, check out the Schedule and Live Score . Like us on Facebook or follow us on Twitter for more sports updates. You can also download the NDTV Cricket app for Android or iOS.