On This Day In 2012, Sachin Tendulkar Scored His 100th International Century

Sachin Tendulkar's 114 against Bangladesh in the 2012 Asia Cup was his 49th ODI century and 100th international century. 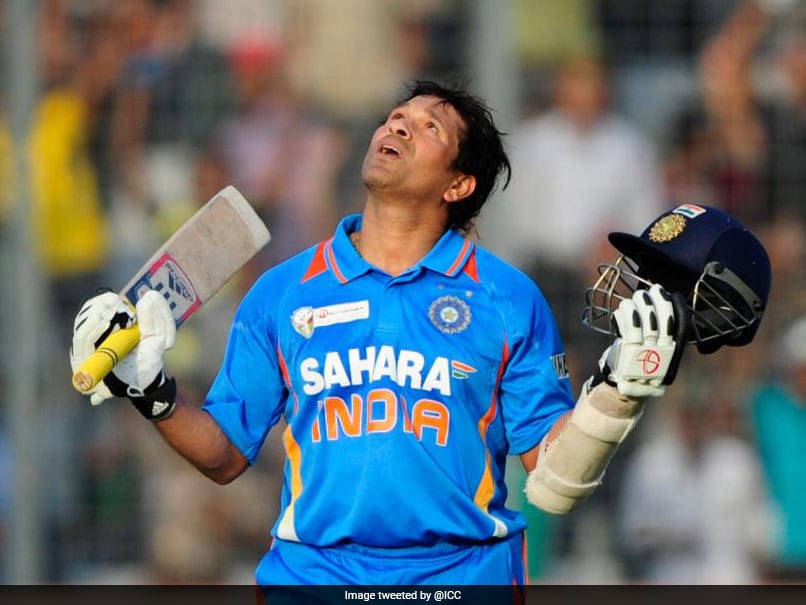 Sachin Tendulkar scored 114 off 147 deliveries against Bangladesh in the 2012 Asia Cup.© Twitter

March 16, 2012, will be etched in the minds of cricket fans across the globe as the day when legendary India batsman Sachin Tendulkar scored his 100th international century. Popularly known as the 'God of Cricket', Tendulkar's record remains unbroken. During the Asia Cup clash against Bangladesh at the Sher-e-Bangla National Stadium, Tendulkar played a brilliant knock of 114 to bring up his 49th ODI century. The maestro already had 51 hundreds to his name in the longest format of the game. His century was also special in the sense that Tendulkar breached the three-figure mark after a gap of one year.

However, Tendulkar's knock was not enough to seal victory for India as they were unable to defend a target of 290 and the hosts won the match with four balls to spare.

The century record of Tendulkar, who bid adieu to international cricket in 2013, still stands untouched. The 47-year-old also has 164 fifties to his name while he amassed a whopping 34,357 runs during his stellar career.

Former Australia skipper Ricky Ponting, with 71 hundreds, comes second in the list of players with most international centuries. Current India skipper Virat Kohli is at the third spot with 70 international hundreds and he is the only one who seems to be in line to break Tendulkar's record of 100 hundreds.