Watch: On This Day In 1993, Shane Warne Unleashed The "Ball Of The Century" To Bamboozle Mike Gatting

It was on this day, 29 years ago, when Shane Warne stamped his authority in the Ashes to deliver the "ball of the century" to dismiss Mike Gatting. 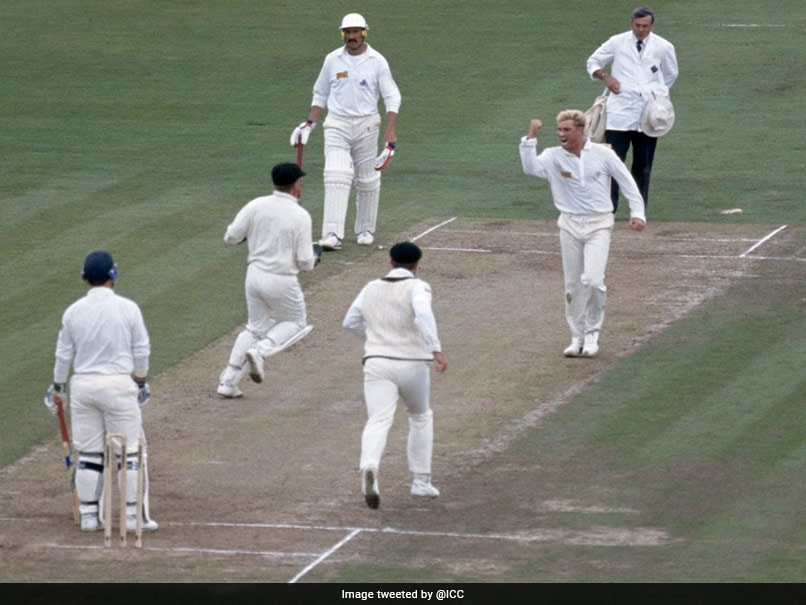 On this day, Shane Warne bowled the ball of the century in 1993 to dismiss Mike Gatting© Twitter

Shane Warne will go down in the history of cricket as one of the greatest bowlers ever seen. The wily leg-spinner had a knack of bowling unplayable deliveries which would catch the batters off-guard. Warne died this year in March after a suspected heart attack in Thailand but his legacy lives on. It was on this very day (June 4), 29 years ago, when Warne stamped his authority in the Ashes as he delivered a the "ball of the century" to get the better of England batter Mike Gatting during the first Test at Manchester.

On his very first ball in the Ashes, Warne showed the world what he is made of and made fans immediately take notice.

The spinner's delivery landed wide of leg stump, but it spun viciously and ended up knocking the off-stump and England batter Mike Gatting was left in shock.

The ball of the century.

Two years ago, the ICC had shared a video of Warne, in which he called the ball of the century a "fluke".

"The ball of the century was a fluke. Really was, I never did it again, but I think it was meant to be. As a leg-spinner we always want to bowl a perfect leg-break every ball, I managed to do it first up, it changed my life both on and off the field. Very proud that I bowled it. Mike Gatting was the best player of spin in England's team, so do that first up in England, was a special moment," Warne said in the video.

WATCH: Legendary Australia spinner Shane Warne on his famous 'Ball of the Century' which he bowled on this day, 27 years ago, by "fluke" pic.twitter.com/ZXJzWySti2

Warne had passed away due to a cardiac arrest in March aged 52. The spinner was on a vacation in Thailand at the time of his death.

Warne is regarded as one of the best cricketers to play the game. He is the second-highest wicket-taker in Tests with 708 scalps to his name, only behind Sri Lanka's Muttiah Muralitharan (800).

Warne had also led Rajasthan Royals to IPL triumph in the tournament's inaugural edition in 2008.

Rajasthan Royals Shane Warne Cricket
Get the latest updates on Fifa Worldcup 2022 and check out  Fifa World Cup Schedule, Stats and Live Cricket Score. Like us on Facebook or follow us on Twitter for more sports updates. You can also download the NDTV Cricket app for Android or iOS.