Courtney Walsh is stepping up in the absence of a coach for the Twenty20 tournament. 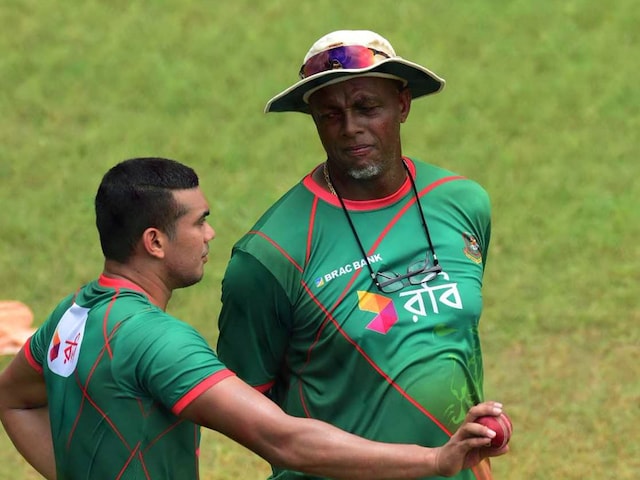 Bangladesh interim coach Courtney Walsh on Tuesday said that he wants his side to be consistent in next month's tri-nations series in Sri Lanka after a string of poor finishes. The former Caribbean fast bowling great, usually a pace instructor for Bangladesh, is stepping up in the absence of a coach for the Twenty20 tournament. Bangladesh lost a tri-nation tournament at home last month despite a strong start, before losing a series-deciding Test match against Sri Lanka inside three days. Walsh, who has been working with Bangladesh's bowlers since 2016, said the side lacked consistency, not talent.

"If we can get consistent, we will be happy. It is going to be the biggest challenge and it is something that I will be stressing on a lot," he told reporters.

Bangladesh have been without a head coach since October when Chandika Hathurusingha, a former Sri Lankan batsman, quit after three years to join his struggling home team.

Walsh said he had not needed "a long discussion" to take up the offer.

"Once the opportunity came, it wasn't anything too difficult to discuss. I want to improve what we are doing here and hopefully take up a challenge," he said.

The 55-year old former West Indies captain, who was once Test cricket's leading wicket-taker with 519 scalps, said his role would be more that of a mentor than a coach.

"It is going to be like a father figure, to give them the confidence," he said.

The competition, which has been organised to mark Sri Lanka's 70th independence anniversary, will run from March 6-18 in Colombo. India are the other team in the tournament.

Comments
Topics mentioned in this article
Bangladesh Cricket Team India Cricket Team Sri Lanka Cricket Team Courtney Walsh Cricket
Get the latest Cricket news, check out the India cricket schedule, Cricket live score . Like us on Facebook or follow us on Twitter for more sports updates. You can also download the NDTV Cricket app for Android or iOS.