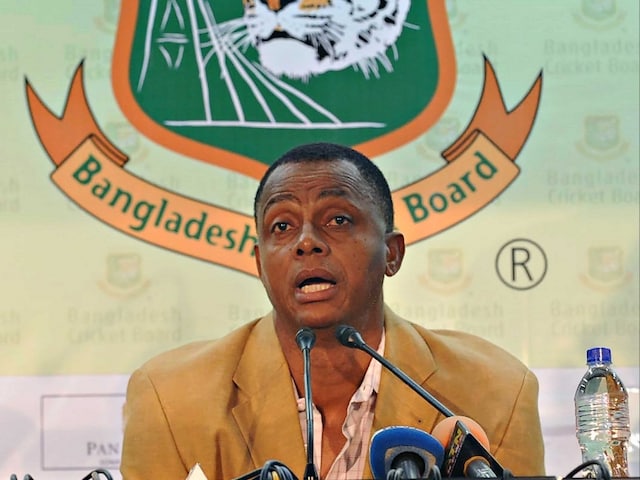 Former West Indies paceman Courtney Walsh said his love of a challenge has prompted him to accept the job of specialist bowling coach for the Bangladesh team.

Walsh, 53, this week agreed a three-year deal after he completed his assignment as a selector for the West Indies in August, a post he occupied for the last two years.

"I have always dreamed of being involved with an international team," Walsh said in his first press conference in Dhaka on Sunday.

"There was a natural instinct to come here. I have never ever played in Bangladesh in my career. I played against them a couple of times.

"It was another chance to make new friends, and I always like challenges and get a satisfactory end result at the end of everything. It is a combination of both. I am happy to be here," he said.

Walsh, who took 519 Test wickets and 227 in ODIs in a 17-year international career, replaced former Zimbabwean captain Heath Streak in the position.

Streak stepped down in May after helping Bangladesh make steady progress in the pace bowling department during his two-year tenure.

"I am hoping by the time I leave Bangladesh, there will be much improvement. What really impressed me were the strides that Bangladesh Cricket Board wants to make for their players," Walsh said.

"They have gone leaps and bounds to improve the game. Obviously they want to improve their rankings and I would like to be part of that.

Walsh's move to Bangladesh, however, comes at a tense time for the South Asian team.

Only in late August did England finally agree to go ahead with a tour in October, after 20 people, mostly foreigners, were killed in an attack on a Dhaka cafe, with the Islamic State group claiming responsibility.

Bangladesh also recently appointed Sri Lankan Thilan Samaraweera as their batting consultant ahead of the England series while officials said they are in the process of naming a spin bowling coach.

England will arrive in Dhaka on September 30 to play two Tests and three one-day internationals.

Comments
Topics mentioned in this article
Courtney Walsh West Indies Cricket Team Bangladesh Cricket Team Cricket
Get the latest updates on IPL 2020, check out the IPL Schedule for 2020 and Indian Premier League (IPL) Cricket live score . Like us on Facebook or follow us on Twitter for more sports updates. You can also download the NDTV Cricket app for Android or iOS.