Courtney Walsh has been Bangladesh's fast bowling coach since early 2016 but had never been called on to take charge of the entire squad. 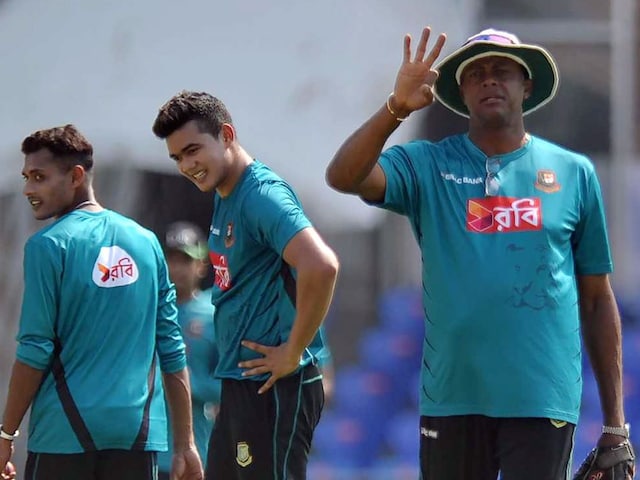 Walsh has been Bangladesh's fast bowling coach since early 2016© AFP

Bangladesh Cricket Board on Monday named West Indies fast bowling great Courtney Walsh as interim coach for next month's tri-nation Twenty20 series in Sri Lanka. Walsh has been Bangladesh's fast bowling coach since early 2016 but had never been called on to take charge of the entire squad. Bangladesh have been without a head coach since October when Chandika Hathurusingha, a former Sri Lankan batsman, quit after three years at the helm to join his struggling home team. Former skipper Khaled Mahmud filled the void as team director recently, when Bangladesh lost a Test and Twenty20 home series against Sri Lanka.

"Walsh has vast experience and everyone respects him as well," Bangladesh Cricket Board president Nazmul Hassan told reporters.

Bangladesh named a 16-man squad for the tri-nation Twenty20 against Sri Lanka starting March 6. India is the other team in the tournament.

All-rounder Shakib Al Hasan has been included despite a niggling finger injury that forced him out of the recent Sri Lanka series. Off-spinner Mehedi Hasan will fill in as back-up.

Hassan said Shakib could bowl but not bat so they would rest him in the lead-up to the tournament.

"His finger was swollen. So we can't take any risk with Shakib," he said.

Fast bowler Mashrafe Mortaza turned down requests from the board to emerge from Twenty20 retirement to feature in the tournament.

There are five changes to the Twenty20 squad against Sri Lanka.

Comments
Topics mentioned in this article
Bangladesh Cricket Team Courtney Walsh Cricket
Get the latest Cricket news, check out the India cricket schedule, Cricket live score . Like us on Facebook or follow us on Twitter for more sports updates. You can also download the NDTV Cricket app for Android or iOS.