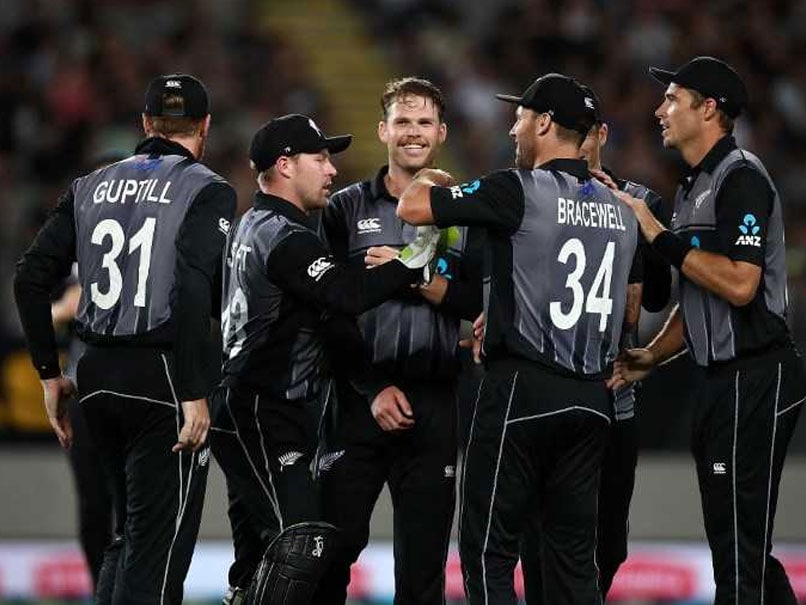 Doug Bracewell and Scott Kuggeleijn scored 44 and 35 (not out) respectively and claimed a wicket each as New Zealand beat Sri Lanka by 35 runs in the one-off T20 International at Eden Park on Friday. Earlier, New Zealand won a two-Test series 1-0 and a three-match One-Day International series 3-0 against Sri Lanka. After opting to bowl, Sri Lanka started well in Auckland but New Zealand's middle-order helped them recover from 55 for five to 179 for seven by the end of 20 overs.

Although the target was not daunting, and Sri Lanka easily kept up with the required run rate to be four for 118 after 12 overs.

But their last six wickets fell for the addition of only 26 more runs and the innings folded for 144 with 19 balls remaining.

Kuggeleijn and Bracewell both took wickets in their opening overs.

Kusal Perera, who raced to 22 off 12 deliveries was removed by Kuggeleijn's third delivery while Niroshan Dickwella, who smacked a four and a six from the first two balls of the innings, went for 18 with the first ball from Bracewell.

The first game all tour for Sadeera Samarawickrama was a short-lived affair when he was bowled first ball by Lockie Ferguson.

Ferguson finished with figures of three for 21 while Ish Sodhi took three for 30.

Sri Lanka did with the toss and put New Zealand into bat with impressive early results.

With a more disciplined bowling attack than was seen in the ODIs, and with astute field placements, Sri Lanka ripped through the New Zealand top order to have them four for 27 midway through the fourth over.

Ross Taylor, who tormented Sri Lanka in the one-dayers, had to play a more circumspect role.

His first 11 runs were all singles from 22 deliveries before he first found the boundary on his way to 33 off 37.

Taylor's patience, however, had set the stage for the Bracewell and Kuggeleijn to hit out and give the total some respectability.

New Zealand now prepare to host India in a series of ODIs while Sri Lanka head to Australia.

Sri Lanka Cricket Team Doug Bracewell Cricket
Get the latest updates on ICC T20 Worldcup 2022, check out the Schedule and Live Score. Like us on Facebook or follow us on Twitter for more sports updates. You can also download the NDTV Cricket app for Android or iOS.