Tim Southee said he was disappointed with his exclusion from New Zealand Test team after playing two Tests against Australia but added that he can't take such things personally. 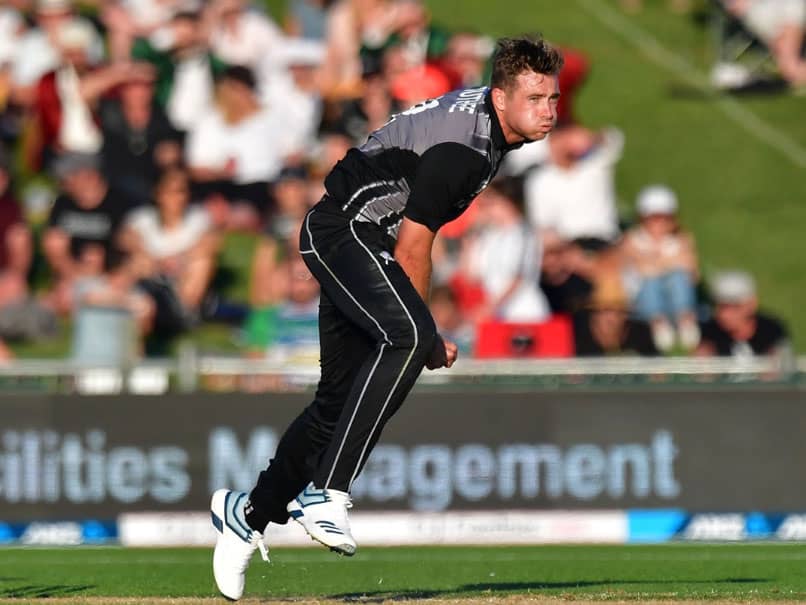 Tim Southee said he is looking forward to India series, which starts on January 24..© AFP

Senior New Zealand pacer Tim Southee is keen to move past his axing from the team for the new year's Test against Australia and focus on the series against India. New Zealand suffered a heavy defeat in the Test series in Australia, losing it 0-3. After playing in the first two matches, Southee was replaced by Matt Henry in the playing XI. He admitted he was disappointed at the time, but aims to continue contributing to the team's cause even when not a part of the XI.

"I don't think you can take it personally -- they make the decisions based on what they think is best for the team," Southee was quoted as saying by www.stuff.co.nz.

"You're going to agree to disagree and that's just the nature of sport.

"It's disappointing. You're gutted every time you're left out. It's an absolute dream to play for New Zealand and every time you do miss out it hurts, but you've got to respect the decisions and try to help out and give back to the team, even when you're not playing."

Southee's focus is now on the T20I series against India that starts on Friday and he said it was nice to be playing a different format.

"We had a big chunk of Test cricket and the guys that were in Australia are reasonably experienced guys...they've had tough tours before and they've bounced back and the reason why they've played for a long period of time is they've been able to get through those ups and downs.

"It's about making that adjustment. What's gone is gone and it was very disappointing, the guys would have learnt from it, and now we've got to look forward to the Indian series."

Southee was one of four players to play in all 12 of the Black Caps' T20I games last year and captained the side in nine of them, with Kane Williamson rested for one at the start of the year, then injured when they visited Sri Lanka and hosted England.

The regular skipper is set to make his first international appearance in the game's shortest format since last summer on Friday, and Southee will offer him whatever support he needs.

"I enjoy thinking about the game and it makes you think outside of what you're doing," he said of his experience as captain.

"I also try to help Kane out as well -- it's nice to have those senior guys (helping you) and Ross (Taylor) was good having captained the side in the past.

"It's a different challenge when you captain and it's something I enjoyed, but Kane's doing a great job, so I'll just try to help him out."