New Zealand are now ranked third with 112 points, going past South Africa who are fourth with 111 points. 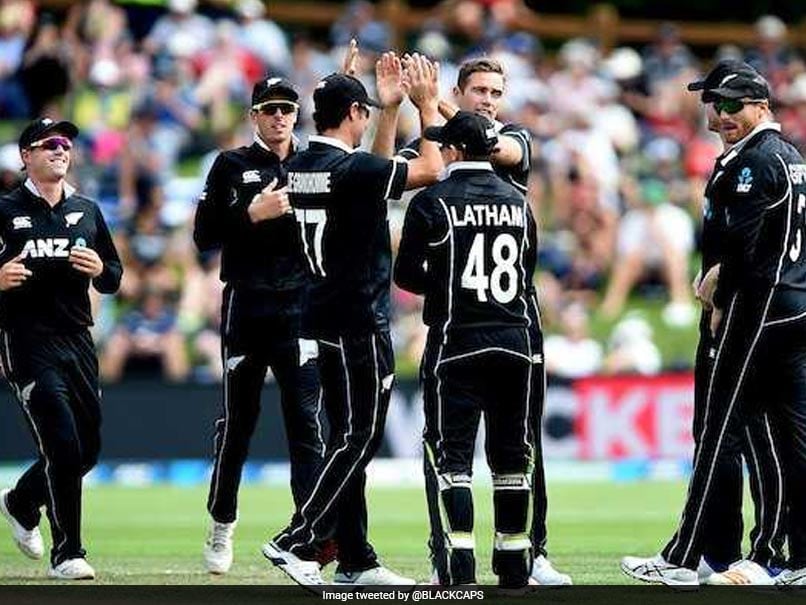 New Zealand have climbed back to third position in the International Cricket Council's (ICC) team rankings for men in ODIs following a 3-0 series victory against Bangladesh on Wednesday. Prior to the ODI series against the visiting Bangladesh, New Zealand were ranked fourth in the team rankings. Ranked third before the series at home against India, the Kane Williamson-led side dropped one place to fourth following a 1-4 drubbing in the five-match ODI. However, the win against Bangladesh helped New Zealand reclaim third spot in the rankings.

On the other hand, following the 0-3 drubbing against New Zealand, Bangladesh lost three points. But they continue to hold onto their seventh position in the ODI team rankings with 90 points as they are still ahead of eighth-ranked Sri Lanka by 12 points. The Windies are ranked ninth with 72 points.

Riding on collective batting efforts from Ross Taylor (69), Henry Nicholls (64), and stand-in-captain Tom Latham (59) and an impressive bowling spell from Tim Southee (6/65), New Zealand defeated Bangladesh by 88 runs in the third ODI played at Dunedin to complete a series whitewash.

Next, both teams will take on each other in the three-match Test series which is scheduled to be held from February 28 to March 20.

University Oval, Dunedin Cricket
Get the latest updates on ICC T20 Worldcup 2022, check out the Schedule and Live Score. Like us on Facebook or follow us on Twitter for more sports updates. You can also download the NDTV Cricket app for Android or iOS.