New Zealand have boosted their spin options against South Africa by including Jeetan Patel in a 13-man squad for the three-Test series against the Proteas beginning next week. 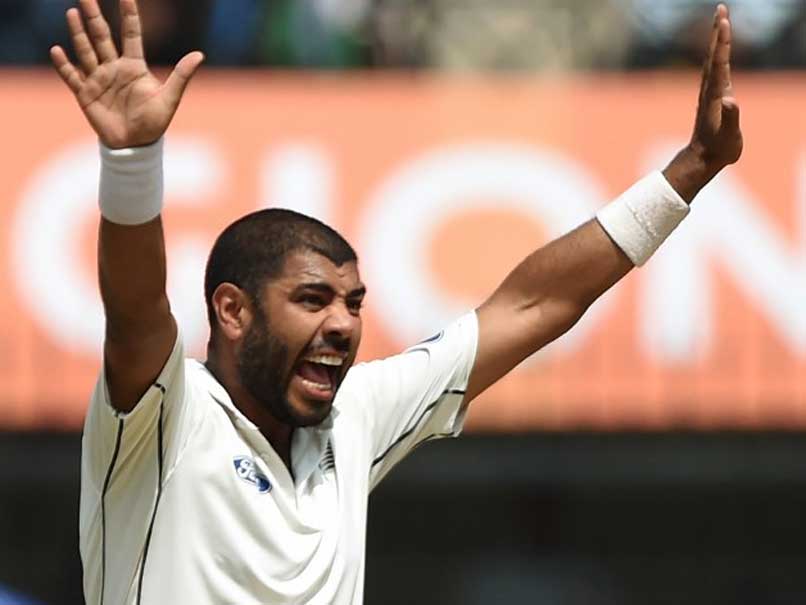 New Zealand have boosted their spin options against South Africa by including Jeetan Patel in a 13-man squad for the three-Test series against the Proteas beginning next week. Off-spinner Patel and all-rounder Jimmy Neesham were the two players recalled to the squad on Friday, coming in at the expense of quick Matt Henry and batsman Dean Brownlie. Selectors also confirmed that short-ball specialist Neil Wagner was fit for the series after a hand injury last month put him under an injury cloud.

As expected, there was no room for opening bat Martin Guptill, despite his unbeaten 180 this week in the fourth one-day international against the Proteas in Hamilton.

After returning home, he was discarded again for Test series against Pakistan and Bangladesh but has enjoyed a strong domestic season with Wellington.

"He brings a huge amount of experience to the team and gives us the balance of having two front-line spin options," Larsen said.

The first Test begins in Dunedin on Wednesday followed by two more in Wellington and Hamilton later this month.

Before then, the Black Caps and South Africa face-off in an Auckland decider on Saturday for the one-day series, which is currently locked at 2-2.

Comments
Topics mentioned in this article
New Zealand Cricket Team South Africa Cricket Team Jeetan Patel Kane Williamson Jimmy Neesham Cricket
Get the latest updates on IPL 2021, check out the IPL 2021 Schedule and Indian Premier League Live Score . Like us on Facebook or follow us on Twitter for more sports updates. You can also download the NDTV Cricket app for Android or iOS.