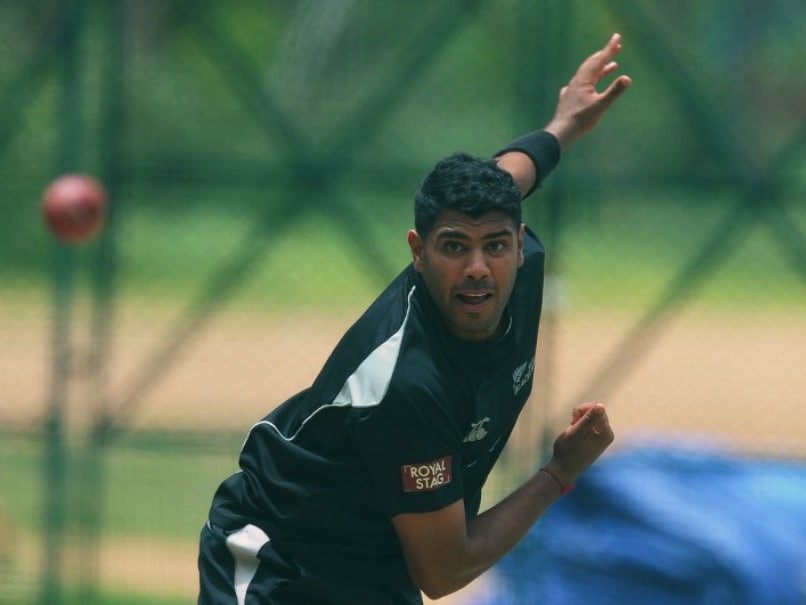 Jeetan Patel will join the New Zealand squad for the final ODI vs Bangladesh on Friday.© AFP

New Zealand have named off-spinner Jeetan Patel in the squad ahead of the third and final one-day international against Bangladesh in Nelson on Saturday.

Coach Mike Hesson said the selection of Patel was made keeping in mind the conditions at Saxton Oval and the number of left-handers present in the Bangladesh line-up.

"With the slow nature of the Saxton Oval surface and the number of left handers in the Bangladesh line-up, we feel Jeetan will be a good option to have for the final game.

"He's been bowling very well for the Wellington Firebirds in the McDonald's Super Smash and will be a welcome addition to the squad."

Patel will join the side on Friday in Nelson.

Meanwhile, Neil Broom struck his maiden century, helping New Zealand register a 67-run victory over Bangladesh to win the second one-day international and the series in Nelson on Thursday.

Bangladesh suffered a dramatic meltdown when they were cruising towards what should have been a comfortable victory after Broom's unbeaten 109 was the only significant score in New Zealand's 251.

The win, following New Zealand's 77-run victory in the first match, gives the hosts an unbeatable 2-0 lead with one match remaining.

Comments
Topics mentioned in this article
New Zealand Cricket Team Bangladesh Cricket Team Jeetan Patel Cricket
Get the latest updates on IPL 2021, check out the IPL 2021 Schedule and Indian Premier League Live Score . Like us on Facebook or follow us on Twitter for more sports updates. You can also download the NDTV Cricket app for Android or iOS.