Natasa Stankovic shared pictures of India all-rounder Hardik Pandya and herself strolling on the beach along with son Agatsya. 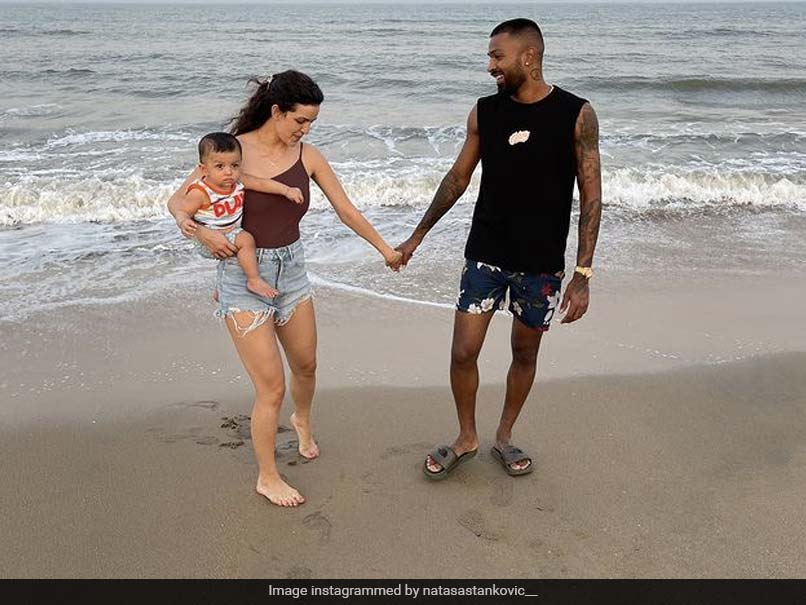 Natasa Stankovic shared pictures of India all-rounder Hardik Pandyaand herself strolling on the beach holding each other's hands. In both the pictures that Natasa posted on her Instagram account, she was carrying baby Agastya in her arms while enjoying quality time at the beach. While Natasa was barefoot in both pictures, Hardik topped up his floral-printed shorts and a sleeveless t-shirt with black slippers. Hardik and Natasa seemed to be enjoying quality time with their son Agastya, and he features in most of their social media posts. Natasa used the Earth and a red heart emoji as caption for her post.

Recently, Hardik posted a picture with Agastya who was sitting on his lap and staring at a children's book as if he was reading it. "Creating memories for life," read Hardik's caption.

Earlier this week, Natasa shared a video where Agastya could be seen hugging her, which she described as "her favourite hug".

The postponement of the IPL 2021 was a blessing in disguise for the India all-rounder as it allowed him more time with his son, who was born on July 30 last year.

Hardik, playing as a specialist batsman, failed to impress in IPL 2021 and was subsequently not included in India's Test squad for England tour.

Hardik is expected to be back in India's limited-overs squad for Sri Lanka tour in July, where he will be eager to find his rhythm before the resumption of the IPL in the United Arab Emirates.