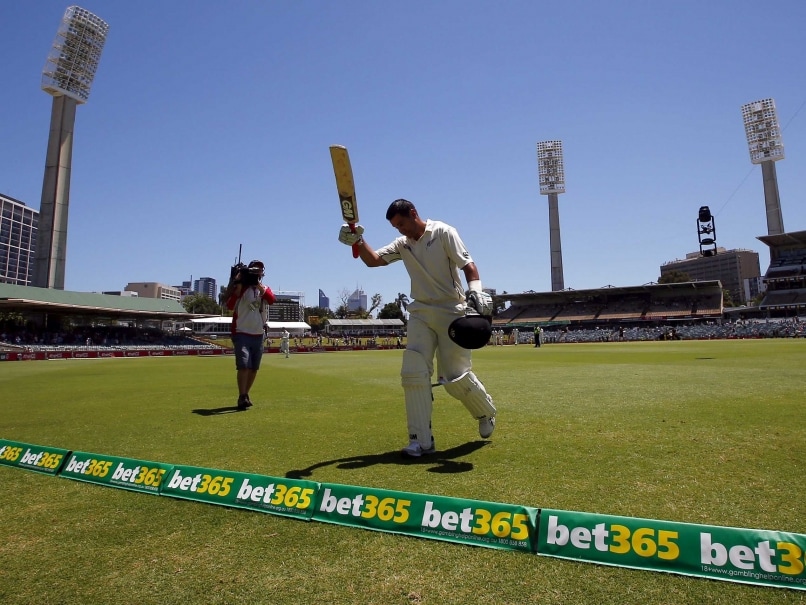 New Zealand's Ross Taylor acknowledges the crowd as he walks off the ground after being dismissed for 290 runs during the fourth day of the second Test match against Australia at the WACA ground.© Reuters
Perth:

Former Australian pacer Dirk Nannes and former New Zealand opener Mark Greatbatch tore into the Australian team for their "horrendous sportsmanship" after they failed to shake hands with Ross Taylor, who scored a record 290 on Day 4 of the second Test at the WACA, Perth on Monday. (Steve Smith, Adam Voges Lead Aussie Fightback After Ross Taylor's 290)

Taylor, who batted for almost 567 minutes, broke the century-old record score for batsmen visiting Australia. The 31-year-old's innings was the highest score by any visiting batsman in Australia, bettering the previous record of 287 set by England's Tip Foster in Sydney in 1903. Courtesy Taylor's knock, New Zealand took a 65-run lead.Â (SCORECARD)

Nannes, who played 17 Twenty20 games and a ODI for Australia, said it was disappointing to see that no Aussie player went to acknowledge the knock.

"After the innings, not one person from the Australian camp went and shook his hand," Nannes was quoted as saying in stuff.co.nz.

"In the spirit of the way this game has been played. I can't help but be disappointed that no one actually went out to him and shook his hand. It's not that hard is it?

"You don't have a guy bat for a day and half out and there and just not even acknowledge it. That's horrendous sportsmanship," he added.

Almost all the New Zealand fielders had rushed to David Warner, when he was dismissed for 253 in the first innings on Day 2.

"That is a disgrace and that sums up the Australians," said the 51-year-old.

"They're just arrogant people and it would be nice if we get three or four quick wickets and they were six down at the end of the day and only 50 in front."

At close of play on Monday, the Kiwis unlike the Aussies, rushed towards Steven Smith and Adam Voges to shake hands after the duo scored brilliant centuries in the second innings.

Comments
Topics mentioned in this article
Dirk Nannes Mark John Greatbatch Ross Taylor Reginald Erskine Foster Adam Voges Steven Smith Cricket
Get the latest updates on India vs Australia Series, check out the India vs Australia Schedule for 2020-21 and Ind vs Aus live score . Like us on Facebook or follow us on Twitter for more sports updates. You can also download the NDTV Cricket app for Android or iOS.