Namibia caused a massive upset when they defeated defending champions South Africa to knock them out of the U-19 World Cup. 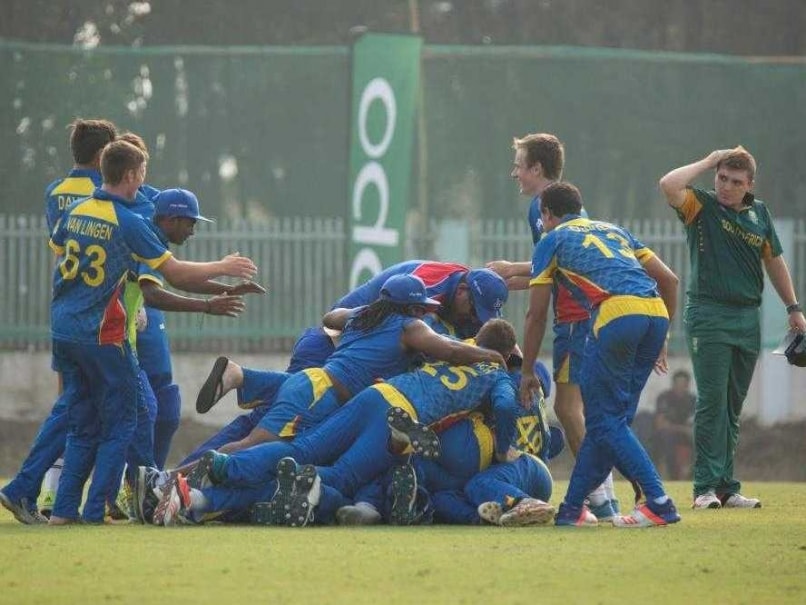 Namibia defeated South Africa by two wickets to dump the defending champions out of the U19 World Cup.© ICC
Dhaka:

Namibia upset defending champions South Africa by two wickets in a thrilling chase to join hosts Bangladesh in the quarterfinals from Group A of the ICC Under-19 cricket World Cup in Dhaka on Sunday. (Latest Cricket News)

Bangladesh beat Scotland by 114 runs here for their second win and now clash with Namibia in the last league match on Tuesday to decide Group A winner. The winner of Bangladesh-Namibia match will feature in the first quarter-final against Group D runner-up (India or Nepal) in Mirpur on Friday while the side that finishes second in Group A will take on the winner of Group D in Fatullah on February 6.

England brushed aside Zimbabwe by 129 runs in Chittagong to top Group C with a third successive win. They will now wait the second-placed team from Group B in the quarter-final on February 7 in Mirpur.

West Indies romped to a 262-run win over Fiji in another Group C match in Chittagong. They now face Zimbabwe on Tuesday to determine the second qualifier from the group with the winner meeting Group B champion (Pakistan or Sri Lanka) in Fatullah on February 8.

Namibia's unheralded cricketers, who had beaten Scotland in their first match, kept their cool amid mounting tension to knock South Africa out.

South Africa, batting first, were reduced to 60/8 by the half-way stage following a four-wicket haul by Michael van Lingen. But Willem Ludick hit 42 in a ninth-wicket stand of 55 runs with Lutho Sipamla as the young Proteas added a further 76 runs.

Defending a modest 136/9 in 50 overs, South Africa claimed a wicket off the first ball and continued to dismiss batsmen regularly but Lohan Louwrens stood in the way as he steered Namibia home with an unbeaten 58. The memorable win meant that Namibia, who finished 14th in the United Arab Emirates two years ago, will improve upon their best finish of 11th in Malaysia in 2008. 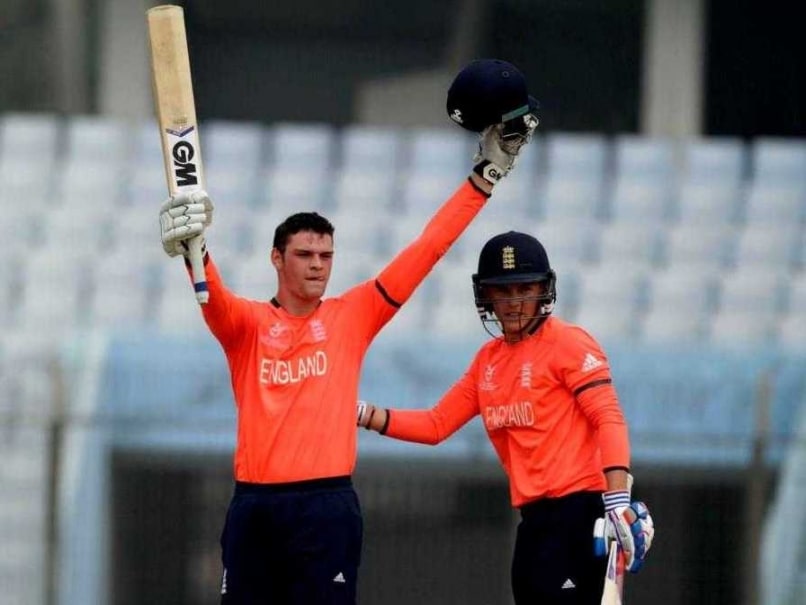 England, who had scored 371/3 against Fiji in the first match, once again showed their batting prowess to pile up 288/4 after electing to bat against Zimbabwe. Durham's Jack Burnham hit an unbeaten 106, his second hundred in three matches, opener Dan Lawrence made 59 and Max Holden hit 51.

Zimbabwe were dismissed for 159 despite a heroic 91 from Jeremy Ives as Saqib Mahmood claimed 4/39 runs and Callum Taylor took 3/14.

Nazmul Hossain delighted home fans with an unbeaten 113 and skipper Mehidy Miraz hit 51 as Bangladesh scored 256/6 and then bowled Scotland out for 142. Azeem Dar top-scored for Scotland with 50 as Mohammad Saifuddin and Saleh Ahmed grabbed three wickets each.

Shamar Springer became the third century-maker of the day, scoring 106 to lift the West Indies to 340/7 against first-timers Fiji, who were dismissed for 78 in reply. Gidron Pope (76) and Jyd Goolie (66) were the other principal scorers for the West Indies. Pope then grabbed 4/24 with his off-spin to complete a fine all-round display.

Comments
Topics mentioned in this article
NAM South Africa Cricket Team Cricket
Get the latest updates on IPL 2021, check out the IPL 2021 Schedule and Indian Premier League Live Score . Like us on Facebook or follow us on Twitter for more sports updates. You can also download the NDTV Cricket app for Android or iOS.