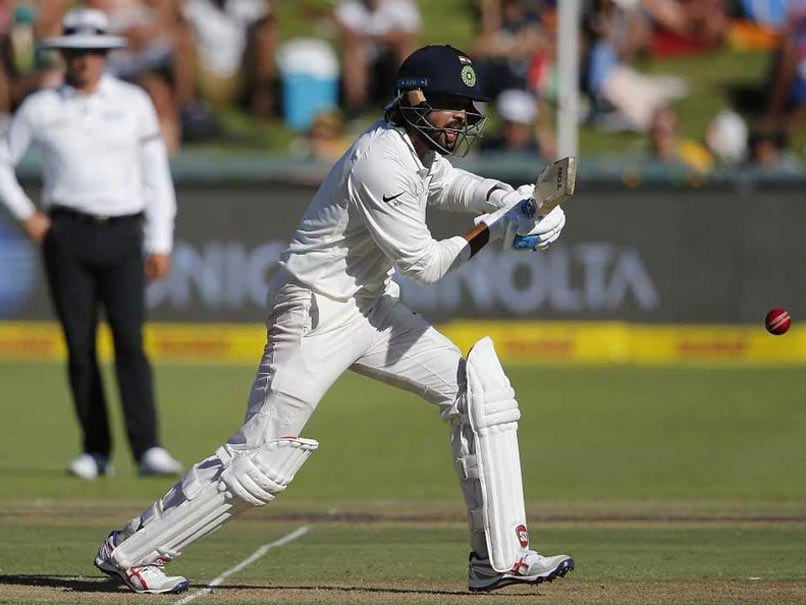 Murali Vijay has pulled out from the competition due to personal reasons.© AFP

Tamil Nadu opening batsman Murali Vijayhas pulled out of the upcoming Syed Mushtaq Ali Trophy, set to begin from January 10. The opener has pulled out of the tournament due to personal reasons while fast bowler K Vignesh was not available for selection as he tested positive for COVID-19, ESPNCricinfo reported.

The duo has been replaced in the 26-member list of probables by L Suryaprakash, a 31-year-old batsman who has played three T20s, and RS Jaganath Sinivas, a 22-year-old medium-pacer with one first-class appearance.

As per a report in ESPNCricinfo, Tamil Nadu will play three practice matches among themselves on December 19, 20, and 21 at the MA Chidambaram Stadium in Chennai before the final squad is picked on December 21.

Tamil Nadu are in Elite Group B in the tournament along with Assam, Bengal, Hyderabad, Jharkhand, and Odisha, and will play all their matches in Kolkata.

The Board of Control for Cricket in India (BCCI) had conveyed to its affiliated units that Motera Stadium in Ahmedabad will be hosting the quarter-finals (Jan 26-27), semi-finals (Jan 29), and the finals (Jan 31) of Syed Mushtaq Ali Trophy.

Bangalore, Kolkata, Vadodara, Indore, and Mumbai have been chosen as the venues for the five Elite groups respectively, while Chennai will be hosting the plate group games.

Karnataka, who won the Syed Mushtaq Ali Trophy last time around will open their title defence against Jammu and Kashmir on January 10.

The BCCI has asked all the teams to report at their respective base by January 2 where they will have to undergo quarantine in accordance with the state regulatory authorities.

All players and support staff will be undergoing COVID-19 tests on January 2, 4 and 6, at the respective team hotels and after passing the tests, they can begin with practice sessions from January 8.

The teams will assemble in their bio-hubs on January 2 and the final is set to be played on January 31.

Murali Vijay Cricket BCCI
Get the latest updates on IPL Auction 2023 and check out  IPL 2023 and Live Cricket Score. Like us on Facebook or follow us on Twitter for more sports updates. You can also download the NDTV Cricket app for Android or iOS.