Shikhar Dhawan caught up with his Delhi Capitals teammate Ravichandran Ashwin during an Instagram live session. 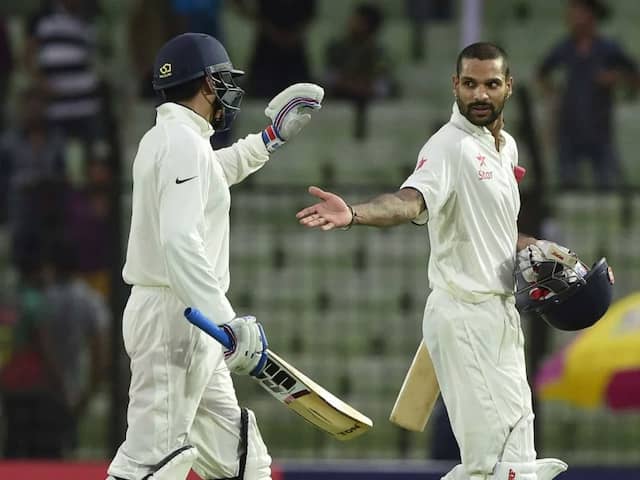 Shikhar Dhawan has played 34 Tests for India so far in his seven-year long career.© AFP

Shikhar Dhawan, India's opening batsman, caught up with Delhi Capitals teammate Ravichandran Ashwin as the duo chatted about various topics during an Instagram live session. During the chat, Dhawan, who is known for his wittiness, revealed that sometimes his opening partner Murali Vijay acts like his wife as the duo argues a lot while batting together. "I tell him (Murali Vijay), you're like my wife," Dhawan told Ashwin during the live Instagram chat. The 34-year-old batsman from Delhi also praised Murali Vijay and called him a lovely character, both on and off the field.

"On the field, off the field he is a lovely character. I know him very closely. He is a beautiful soul but for certain things, he is a bit like (not like this or not like that) while I am very bindass (free flowing)," Dhawan added.

"When we don't take a quick single or something like that, we have an argument but it gets sorted with time. It is difficult to understand him sometimes," Dhawan said.

Dhawan also opened up about his post-cricket career and said that he is very confident to do well as a commentator, once he decides to take a call on his career.

"See my strength is my sense of humour so I will be very good in commentary when I choose to do it. I will be good especially in Hindi because my sense of humour is very sharp, I can also become a motivational speaker, I could take my flute along for motivational speeches, this is my charm, I could charm people with all the tools at my disposal," Dhawan told Ashwin during the chat.