Suresh Raina To Play For UP In Syed Mushtaq Ali Trophy

Suresh Raina shared a tweet saying he is warming up for the upcoming season of the Syed Mushtaq Ali Trophy. 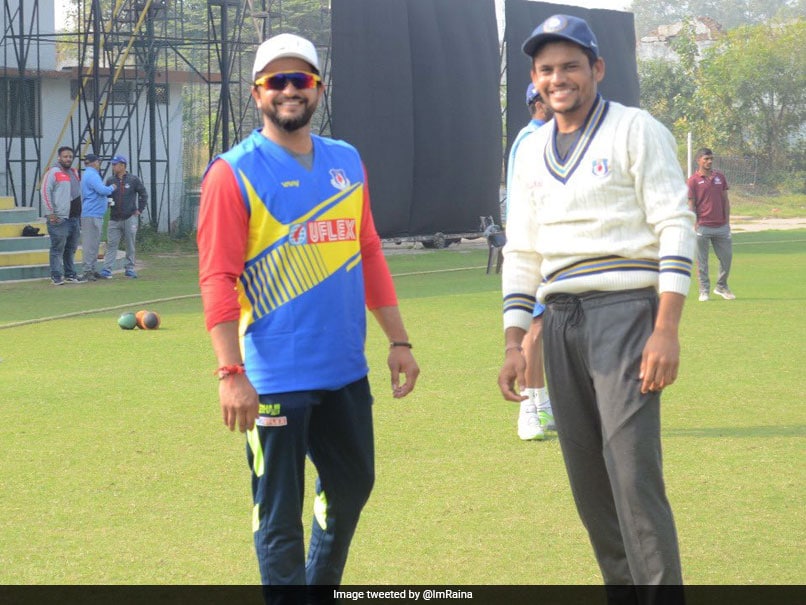 Former India cricketer Suresh Raina is all set to represent his home state Uttar Pradesh in the Syed Mushtaq Ali Trophy, slated to take place in January. Raina had retired from international cricket in August this year but the left-handed batsman will continue to play domestic cricket. Raina, who plays for Chennai Super Kings (CSK) in IPL, shared the news with his fans on Twitter through images of his training in the nets. "All set for the camp, warming up for the upcoming season among the lions of @UPCACricket," Raina tweeted.

Even though Raina hasn't played competitive cricket for the past one year, he has been training hard in the gym and keeping himself fit for the upcoming domestic season in India.

The BCCI had to postpone the Syed Mushtaq Ali Trophy to January 2021 because of the COVID-19 pandemic. The tournament is set to be played across six states from January 10 to January 31.

A world-class fielder and a useful bowler, Raina represented India in 18 Tests, 226 ODIs, and 78 T20Is in an international career spanning 13 years.

A member of the World Cup-winning team in 2011, Raina first made his international debut at the age of 18 and also led India in ODIs and T2OIs when he turned 23.

He is the youngest to lead an India men's T20I side and was also a member of the side that played in India's first-ever T20I. The southpaw is also the first Indian to score a century in the T20 World Cup.

Raina, who scored a century on debut in Tests, is also the first Indian to have hundreds in all three formats of the game and his centuries were scored outside India.