MS Dhoni's Wife Sakshi Craves "Attention From Mr. Sweetie" But He Is Busy With His Video Game

With everyone locked down in their homes due to the coronavirus pandemic, Sakshi Dhoni decided to take to Instagram to try and spread some cheer. 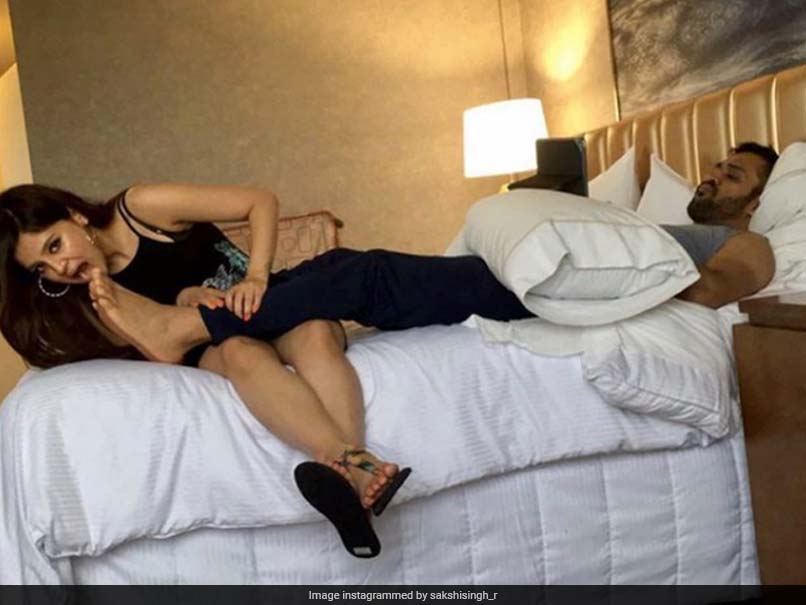 Sakshi Dhoni frequently shares pictures and videos of her husband to entertain their fans.© Instagram

MS Dhoni's plan of a comeback to the cricket field has been delayed as the coronavirus pandemic forced the indefinite postponement of the Indian Premier League. The former India captain has not played any competitive cricket since India's 2019 World Cup exit in the UK. However, MS Dhoni is spending his time well in lockdown with his family and video games. The cricketer's wife Sakshi Dhoni was seen craving his attention when he was busy playing a "video game". "Times when you crave attention from #mrsweetie! Video games vs Wife," Sakshi captioned a picture on Instagram, in which she is seen pretending to bite husband MS Dhoni's feet.

Times when you crave attention from #mrsweetie ! Video games vs Wife

The country is in lockdown until May 3 to contain the spreading of the deadly coronavirus pandemic.

Sakshi frequently shares pictures and videos of her husband to entertain their fans on social media.

In January, a video had surfaced on Twitter in which Dhoni can be seen jokingly accusing Sakshi of featuring him in her Instagram story to gain followers.

"Apne followers badhane ke liye Instagram par (You do it to gain Instagram followers)," Dhoni was heard saying in the viral video.

In the video, Dhoni's comments made everyone present in the room laugh. However, Sakshi charmed her fans with her reply, saying: "I am part of you baby".