KL Rahul said that he fell short of words after hearing of MS Dhoni's retirement from international cricket. 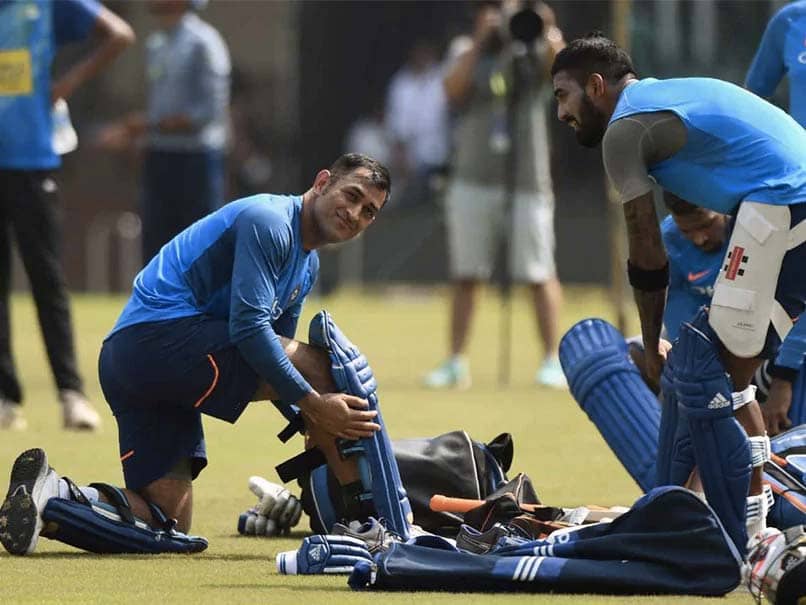 Wicket-keeper batsman KL Rahul has said that the retirement of MS Dhoni was shocking as all the teammates would have wanted to give the former skipper a big send-off. Dhoni had announced his retirement from international cricket on August 15, calling time on his 16-year-long career. "It was quite shocking. I was honestly heartbroken. I'm sure all of us in the team or whoever has played under him and with him would have wanted to give him a big send-off and wanted him to play one more time so we could have had that opportunity to do something special for him. It is what it is," ESPNCricinfo quoted Rahul as saying.

"He has been someone who has guided us all really, really well. And who has never expected us to change who we are. He has let us go out there and express ourselves and make our mistakes and learn from them. He has just let us be. If we were ever in doubt, or if we wanted to look to somebody for answers, he was always there. He knew when to push the players," he added.

Rahul also revealed that he fell short of words when he first heard about the retirement of Dhoni. The wicket-keeper batsman also said that the former skipper has been an inspiration.

"Words fall short, man. Even the other day when I was trying to write on Dhoni retiring on Instagram or Twitter, I mean, what do you say about somebody like that? You don't have enough to say about how much he has done and how many lives he has changed and for how many people he is an inspiration - not just on the field but off the field as well with the things he has achieved. It is phenomenal," Rahul said.

On August 15, Dhoni had announced his retirement on Instagram. The wicket-keeper-batsman Dhoni shared a video and captioned the post, "Thanks a lot for ur love and support throughout. from 1929 hrs consider me as Retired.

"The video had the iconic song ''Mai Pal Do Pal Ka Shayar Hu'' from Amitabh Bachchan's ''Kabhie Kabhie'' playing in the background and in it, Dhoni shared his incredible journey in the Indian side including his run out in the last game against New Zealand in the World Cup 2019 semifinal.