Aakash Chopra says that while MS Dhoni wasn't particularly a fan of the Decision Review System, Virat Kohli is quite the opposite. 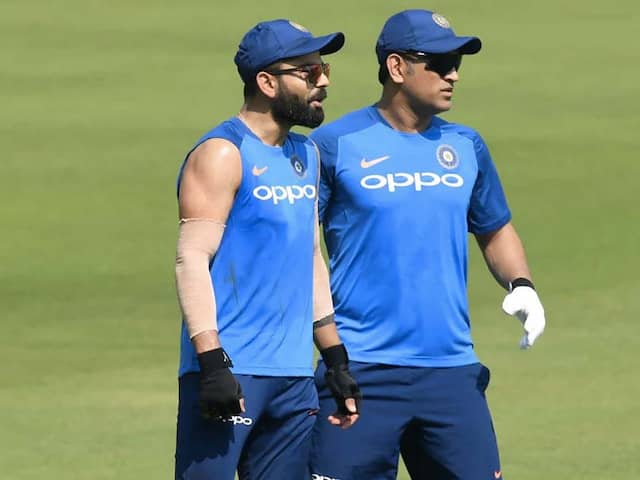 MS Dhoni, who will turn 39 on July 7, last played for India in their World Cup semi-final loss.© AFP

MS Dhoni is known for his judgment from behind the stumps. The former India captain has been accurate so much that many of the commentators, including former India batsman Aakash Chopra, have given him a tag of "Dhoni Review System" in reference to the Decision Review System (DRS). Recently, Chopra, talking to Pakistan broadcaster Sawera Pasha in her YouTube chat show Cric Cast, revealed that MS Dhoni wasn't a fan of DRS while his successor Virat Kohli is completely opposite of the wicketkeeper-batsman.

"India was the first team to use DRS in around 2008 during a series against Sri Lanka. MS Dhoni was not the captain of the team, Anil Kumble was. We took some really bad DRS calls in that series. It was a new thing, and we made poor use of technology. That's when we decided, that we don't like it. And if we don't like it, then we won't use it," Chopra said.

Chopra added that India embraced the DRS completely after Kohli took over the reins of the team.

"I have been a fan of DRS from Day 1. If you ask me, if you do not embrace technology, then you won't improve it. But I was not playing back then. The fact is Dhoni didn't like it one bit. So, if he didn't like it, India won't use it. Now things have changed since Kohli has become the captain.

"He is a huge fan of DRS. He wants DRS in every match - be it IPL, or Ranji match - in any match. Now the thought has changed that embrace the technology, take it forward and make it better," Chopra added.

Dhoni, who will turn 39 on July 7, last played for India in their World Cup semi-final loss to New Zealand in Manchester.

Virat Kohli Aakash Chopra Cricket
Get the latest Cricket news, check out the India cricket schedule, Cricket live score . Like us on Facebook or follow us on Twitter for more sports updates. You can also download the NDTV Cricket app for Android or iOS.