MS Dhoni "Gained Experience Of Trusting His Bowlers" Between 2007 And 2013: Irfan Pathan

Irfan Pathan has revealed that MS Dhoni liked to control his bowlers when he started his captaincy stint back in 2007 but came to trust them by 2013, a phase during which he also became a calmer leader. 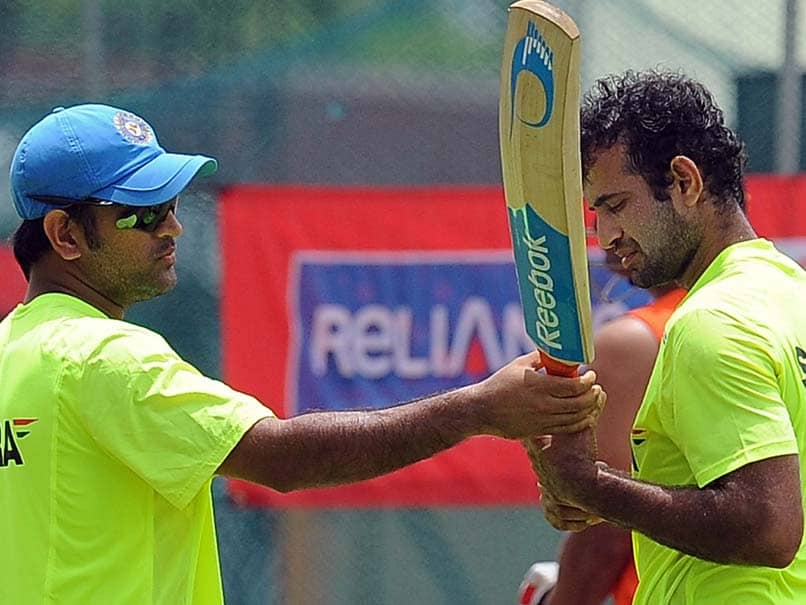 MS Dhoni has not played any cricket since India's semifinal exit from the ODI World Cup.© AFP

Former India pacer Irfan Pathan has revealed that World Cup-winning ex-skipper MS Dhoni liked to control his bowlers when he started his captaincy stint back in 2007 but came to trust them by 2013, a phase during which he also became a calmer leader. The 35-year-old Pathan, who played under Dhoni as part of both the 2007 World Cup-winning team and the 2013 Champions Trophy-clinching side, said the years, as they went by, changed Dhoni the captain in more ways than one. "In 2007, it was the first time and you understand that when you are given a big responsibility of leading a team, you get excited," Pathan said on Star Sports' 'Cricket Connected' when asked how Dhoni changed as a captain between 2007 and 2013.

"The team meetings were always small though, both in 2007 and 2013 during Champions Trophy, just 5 minutes meeting," added the bowler, who announced his retirement from all forms of cricket earlier this year.

Talking about the one change that he noticed in Dhoni, Pathan said, "...in 2007, he used to run from wicketkeeping to bowling end in excitement and try to control the bowler as well but by the time 2013 came he was letting the bowler control themselves. He was very calm and in control

Was the captain always this cool?

Tell us what you think is @msdhoni's best quality as captain, and watch #CricketConnected as @IrfanPathan weighs in with his thoughts! pic.twitter.com/0f9MNtk4qb

Dhoni has not played any cricket since India's semifinal exit from the ODI World Cup last year. He led the country in limited-overs formats from 2007 to 2016 and in Test cricket from 2008 to 2014.

"Between 2007 and 2013 he gained the experience of trusting his slow bowlers and spinners and by the time Champions Trophy came, he was very clear that in crucial time he needs to get his spinners into play to win the games," he said.

Irfan Pathan Cricket
Get the latest updates on India vs England Series, India vs England , live score and IPL 2021 Auction . Like us on Facebook or follow us on Twitter for more sports updates. You can also download the NDTV Cricket app for Android or iOS.