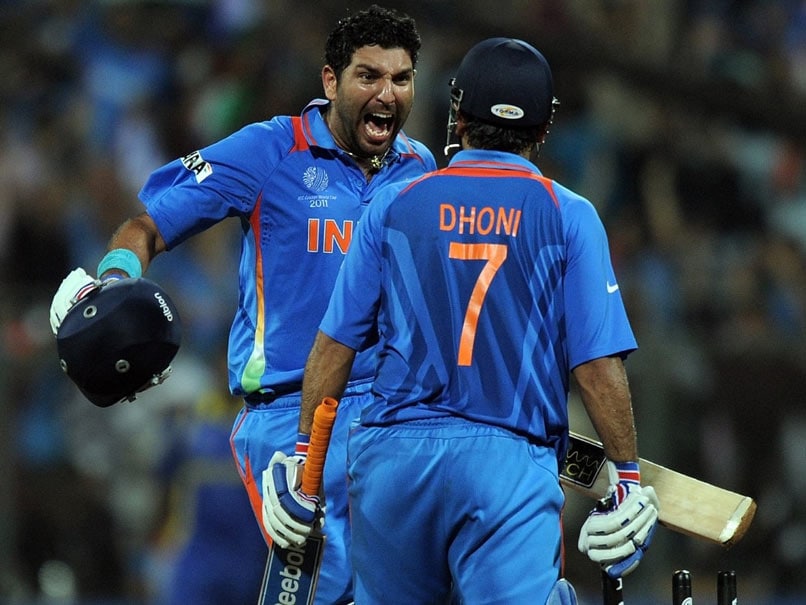 MS Dhoni, who announced his retirement from international cricket via an Instagram post on Saturday, received a special message from former India all-rounder Yuvraj Singh. Yuvraj, who has had numerous match-winning partnerships with Dhoni, took to social media to post a video featuring glimpses of the time the duo spent on the field while representing the country and congratulated the former India captain for a great international career. While praising Dhoni for his contribution to the Indian cricket, Yuvraj recalled lifting two World Cup trophies; T20 World Cup in 2007 and the 50-over World Cup in 2011.

"Congratulations @mahi7781 on a great career! Enjoyed lifting the 2007 and 2011 WC trophies together for our country and our many partnerships on the field. My best wishes to you for the future," Yuvraj captioned the video on Instagram.

Congratulations @mahi7781 on a great career! Enjoyed lifting the 2007 and 2011 WC trophies together for our country and our many partnerships on the field. My best wishes to you for the future

Yuvraj and Dhoni were the backbone of Indian middle order for years, the duo bailed the team out on numerous occasions.

Dhoni and Yuvraj scored over 3,000 runs as a pair in the One-Day International format, averaging close to 52. The pair put on 10 hundred-plus partnerships in the 50-over format.

While Yuvraj retired from all forms of the game, including the Indian Premier League (IPL), Dhoni will continue to play in the lucrative league.

MS Dhoni will lead the Chennai Super Kings, eyeing a fourth IPL title as the action shifts to the UAE due to the coronavirus pandemic.

The 13th edition of the IPL was scheduled to begin in March this year but due to the COVID-19 pandemic, the BCCI had postponed the event and later decided to move the tournament out of India.

The IPL 2020 will kick start on 19 September and the final will be played on November 10.