MS Dhoni was in Jammu and Kashmir serving in the Parachute Regiment of Territorial Army. 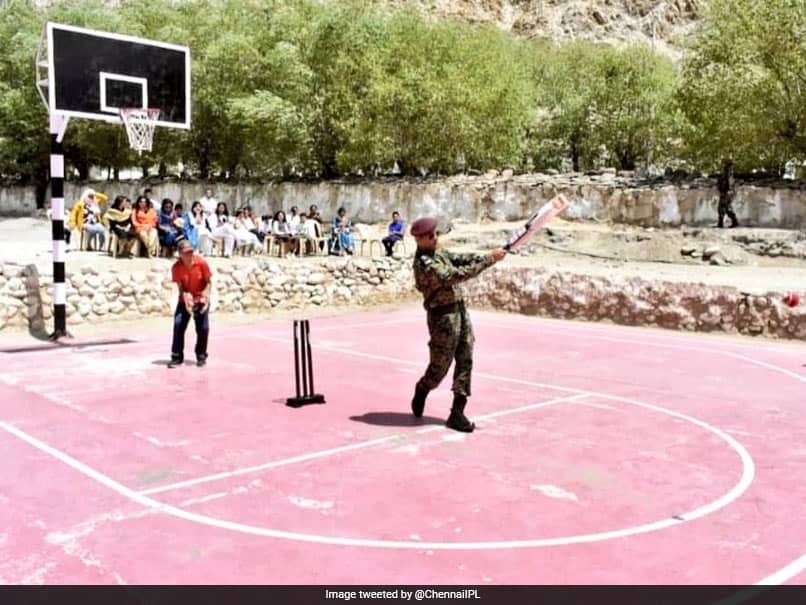 MS Dhoni, the former India captain, who was serving in the the Parachute Regiment of the Territorial Army in Jammu and Kashmir, was in news once again on Saturday. A picture of MS Dhoni playing cricket with kids in Leh went viral on social media. Chennai Super Kings (CSK), the Indian Premier League (IPL) franchise led by Dhoni took to Twitter to share a picture of him enjoying his time with kids in Leh. "Different field. Different gamepLeh. #Thala @msdhoni #WhistlePodu," the tweet read.

Earlier, Dhoni was seen playing volleyball with members of his Territorial Army battalion in a video that surfaced on social media earlier in August.

MS Dhoni was last seen in action during the World Cup, where India were knocked out in the semi-final after losing a close contest against New Zealand. The 38-year-old wicketkeeper-batsman took two months sabbatical from cricket as he made himself unavailable for the tour of the West Indies.

The selectors opted for Rishabh Pant as the lone wicketkeeper for the limited overs leg of the tour but Pant failed to impress as he threw his wicket away in four innings out the five he played against the West Indies.