MS Dhoni drove away from the stadium in Ranchi in his brand new Jonga amid large cheer of "Dhoni Dhoni" from his home fans. 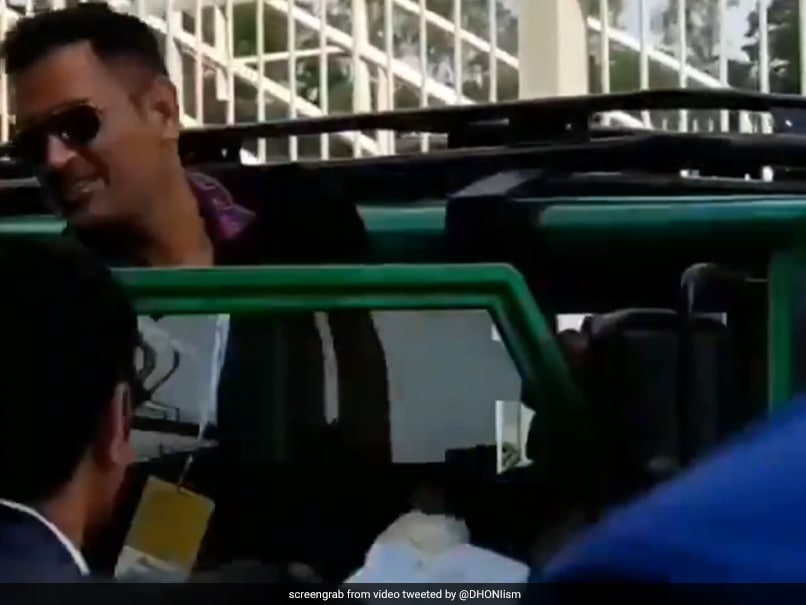 MS Dhoni drove away in his brand new car from his homeground.© Twitter

MS Dhoni graced the third Test between India and South Africa in Ranchi with his presence on the penultimate day of the match. MS Dhoni clicked a picture with Team India head coach Ravi Shastri and was seen interacting with Test debutant Shahbaz Nadeem as India wrapped the series 3-0 against South Africa. After his time at the JSCA International Stadium Complex, which also has a stand named in honour of him, MS Dhoni drove away in his brand new Jonga amid large cheers of "Dhoni Dhoni" from his home fans.

Fans Chanting on Dhoni as he makes his presence in Ranchi Stadium earlier today, with his new beast. pic.twitter.com/lIkD9Wnw5K

Dhoni had recently added the Jonga to his collection of cars. The vehicle is used by the Indian Army. His brand new addition comes after he bought a Grand Cherokee Trackhawk -- a midsize SUV -- only in September.

On the work front, there is immense speculation on Dhoni's future ever since he made his last international appearance during the World Cup 2019.