Money is an issue that has been plaguing Zimbabwe cricket for long and Brendon Taylor is not the first player to look overseas for financial security. 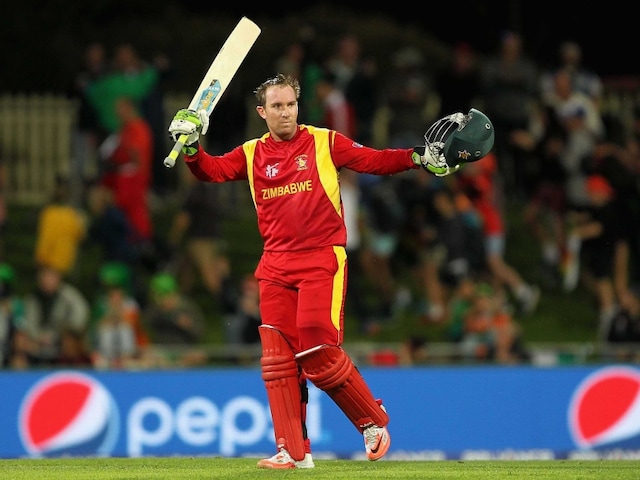 Former Zimbabwe batsman Brendan Taylor has said his decision to retire from international cricket and play for English county Nottinghamshire was primarily because of financial benefits.

Taylor reportedly earned around 250 Australian dollars before tax for his World Cup efforts. In contrast, established county cricketers could expect to earn between A$95,000 and A$244,269, according to the Professional Cricketers' Association.

"It is every international player's dream to put on their country's shirt, that is why we play the sport. But our careers do not last forever and I want to go and play in a great set-up, which Notts has provided for me," Taylor was quoted as saying by cricket.com.au on Thursday. (Taylor Hopes Zimbabwe Won't Miss Him)

"It was not an easy decision but I guess every player would be lying if they say they are not trying to maximise on potential earnings."

Money is an issue that has been plaguing Zimbabwe cricket for long and Taylor is not the first player to look overseas for financial security.

In 2013, talented young batsman Craig Ervine refused a central Zimbabwe Cricket contract in favour of playing club cricket with Northern Irish side Lisburn and Grade cricket for Morley in Western Australia, while fast bowler Kyle Jarvis retired at 24 to play for county side Lancashire.

"You are posed with difficult challenges and choices but it is a positive one that I have taken, it has been a special 11 years but I had to think about my family and my future. I am excited about being able to play a lot of cricket, playing in a very professional environment and with wonderful facilities," Taylor said. (Family Prompted to Retire: Taylor)

Taylor also said Zimbabwe's poor tour of Bangladesh late last year, which saw them lose the Test series 0-3 and ODI series 0-5, was another factor behind his retirement.

"We were on tour in Bangladesh and I struggled, we all did as a team, and the enjoyment factor went out of the window a little bit, that is when I thought this is end and I spoke to an agent and made sure I had a plan B in place. I just thought time is running out for me," he concluded.

Comments
Topics mentioned in this article
Brendan Taylor Zimbabwe Cricket Team Cricket
Get the latest Cricket news, check out the India cricket schedule, Cricket live score . Like us on Facebook or follow us on Twitter for more sports updates. You can also download the NDTV Cricket app for Android or iOS.