Mohammed Shami joined former cricketer Irfan Pathan on an Instagram live session where both discussed a range of topics. 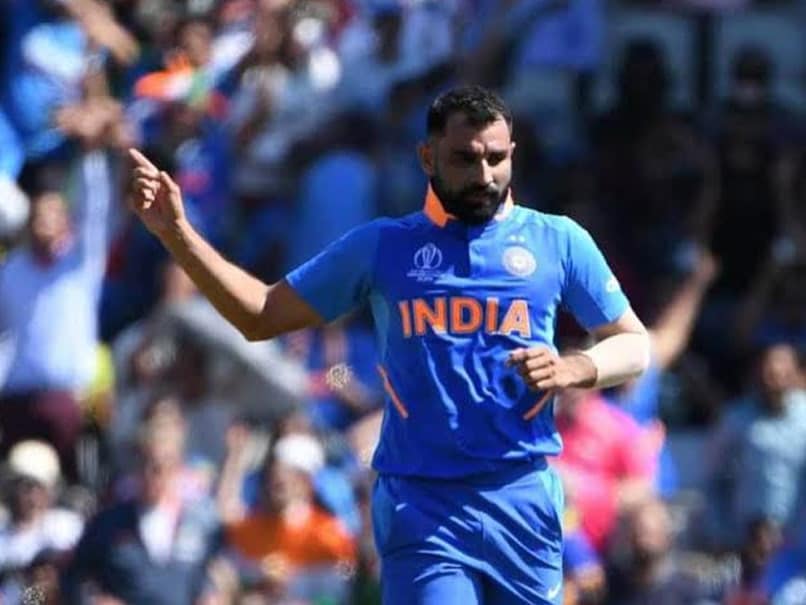 Mohammed Shami said many said his career was over in 2015 but he is still playing international cricket.© AFP

India pacer Mohammed Shami revealed that he played the 2015 World Cup, jointly hosted by Australia and New Zealand, with a fractured knee. Shami had an impressive stint in the tournament as he was the second-highest wicket-taker for India behind Umesh Yadav. In seven matches, he picked 17 wickets at an average of 17.29 with best figures of 4-35 while Umesh Yadav clinched 18 wickets in eight games including two four-wicket hauls.

Shami joined former cricketer Irfan Pathan on an Instagram live session where both discussed a range of topics.

Talking about his World Cup experience, the 29-year-old speedster said he used to take three painkillers and injections to reduce the pain of his knee during matches.

"Sometimes there is an important match and you know you have to play it. In the 2015 World Cup, I carried a knee injury. I was not even able to walk, I used to take painkillers and injections. The physio Nitin Patel helped me, he gave me the confidence to complete the tournament. My knee needed an operation, they told me if I can endure the pain then I can play the World Cup," Shami said.

"The knee broke in the first match of the tournament, my thighs and knees had come to the same size, doctors had to take out fluids every day, I used to take three painkillers," he added.

The pacer further said the former skipper MS Dhoni has kept faith in him and motivated him during the tough phase of his career.

India faced a defeat at the hands of eventual champions Australia in the semifinal match at Sydney Cricket Ground. Chasing 329, India were bundled out at 223 as James Faulkner claimed three wickets while Mitchell Starc and Mitchell Johnson bagged two wickets each. Steve Smith's 105 guided home side to post a giant total of 328-7 in 50 overs.

"Before the semifinal match against Australia, I told the team that I cannot take any more pain. Mahi bhai and the management showed faith in me and they really kept confidence in my abilities. I played the match and gave just 13 runs in my opening spell. Then I went off the park and told Mahi bhai that I cannot bowl any longer. But he told me he cannot go to part-time bowlers and asked me to not give away more than 60 runs. I have never been in such a condition like this, some had said my career is over, but I am still here," he said.

The bowler last featured in the two-match Test series against New Zealand, part of the ICC World Test Championship, which India lost by 0-2. He bagged five wickets in the series.

Irfan Pathan Cricket
Get the latest updates on ICC T20 Worldcup 2022 and CWG 2022 check out the Schedule, Live Score and Medals Tally. Like us on Facebook or follow us on Twitter for more sports updates. You can also download the NDTV Cricket app for Android or iOS.