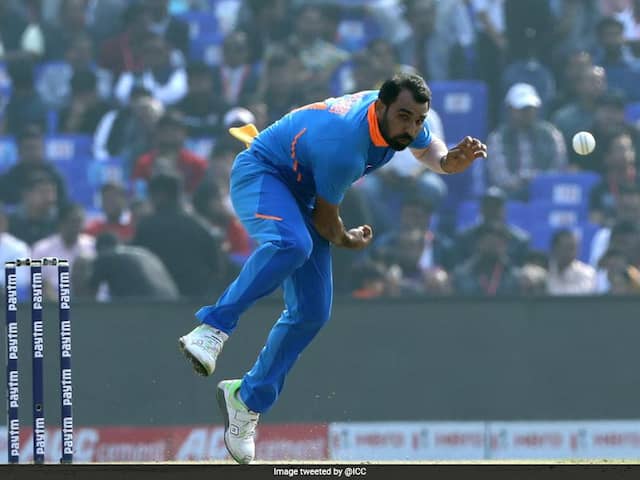 Mohammed Shami cleaned up Shai Hope in the final ODI against the West Indies in Cuttack.© Twitter

Batting great Sunil Gavaskar on Sunday said Mohammed Shami often reminds him of the legendary pacer Malcolm Marshall, thoughts of whom still "wakes him up from deep sleep". Coming from one of the finest batsmen against genuine fast bowling, the analogy with the West Indies pacer is certainly one of the biggest compliments ever paid to the senior India speedster, who has made the best in the business hop, skip and jump with his pace, swing and bounce through the season.

It was no surprise that Shami finished the year with a very impressive tally of 42 wickets, the best by any bowler in 2019, and Gavaskar did not shy away from praising the 28-year-old. Asked who is his favourite Indian fast bowler, Gavaskar took Shami's name.

"He reminds me of Malcolm Marshall, who still wakes me up from deep sleep," Gavaskar said while commentating for the official broadcaster during the third and final One-day International between India and the West Indies.

"When he is running in, when the spider cam actually takes it, it is such a sight. It is almost like a leopard going for a kill," Gavaskar had said.

Skipper Kieron Pollard and Nicholas Pooran struck aggressive half-centuries to power the West Indies to 315 for five in the series-deciding ODI.