Mohammed Shami Pens Emotional Tribute To Father, Says "Proud To Be Your Son"

Mohammed Shami penned an emotional message for his father Tousif Ali who died due to a heart attack four years ago. 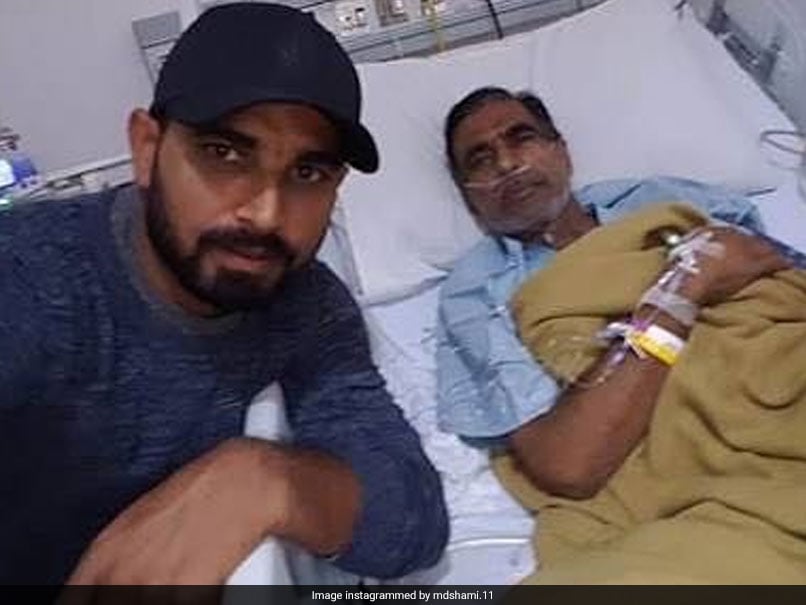 Mohammed Shami paid an emotional tribute to his father Tousif Ali in a post on social media and prayed "that god will give me strength as you (my father) given me always." Shami's father died in January 2017 due to a heart attack, and on Tuesday, the cricketer posted a picture with his father on a hospital bed as he remembered his senior. "4th years complete today. I wish I could see you one more time, come walking through the door, but I know that is impossible," Shami wrote in a post on Instagram.

"I know you can feel my tears and you don't won't (want) me to cry, I pray that god will give me strength as you (have) given always and somehow get me through as I struggle with heartache when I lost you.

"Proud to be your son and miss you so much love you dad!" wrote Shami.

The fast bowler was last seen in action for India during the four-match Test series in Australia.

Shami suffered a hariline fracture in his right forearm after he was hit while batting in the first Test of the tour in Adelaide and missed the last three games of the series.

Shami, who made his international debut in 2013 in a One-day International against Pakistan, has played 50 Tests, 79 ODIs and 12 Twenty20 Internationals for India.

Shami was not included in the squad named for the first two Tests against England in Chennai starting February 5.

Mohammed Shami Cricket
Get the latest updates on IND vs NZ 2021, check out the Schedule and Live Score . Like us on Facebook or follow us on Twitter for more sports updates. You can also download the NDTV Cricket app for Android or iOS.