Mohammad Azharuddin polled 173 votes while his opponent Prakash Chand Jain got 73 votes in the election for the post of President of the Hyderabad Cricket Association. 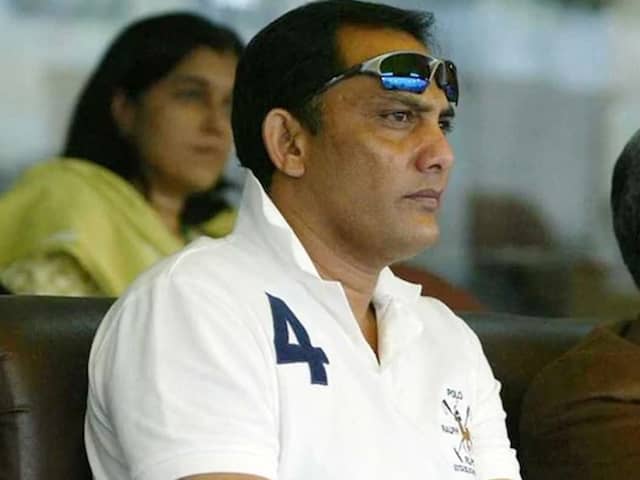 Former India captain Mohammad Azharuddin was on Friday elected President of the Hyderabad Cricket Association (HCA), life coming full circle for the man who was once indicted for match-fixing and banned forever from playing. The stylish batsman of yesteryears polled 173 votes while his opponent Prakash Chand Jain got 73 votes. His entire panel won their respective contests. The victory marks his official entry into cricket administration after his nomination was rejected on technical grounds. The 56-year-old, who has also served as a Congress MP from Moradabad in Uttar Pradesh, led India to a spate of Test series wins over England, Sri Lanka and Zimbabwe at home in the 1990s.

The former batsman fell from grace after he was implicated in the 2000 match-fixing scandal that shook the core of Indian cricket. However, the Andhra High Court had ruled that the investigation against him was not conducted properly.

The operative part of the Central Bureau of Investigation (CBI) report stated: "The evidence against Azharuddin ... clearly establishes the fact that he took money from bookies/punters to fix cricket matches and also the fact that the 'underworld' had approached him to fix matches for them."

Azharuddin, who appeared in 99 Tests and 334 ODIs, filed his nomination for the president's post in the HCA last week.

One of the most graceful batsmen of the mid 1980's to late 90's, Azharuddin started his career with a hat-trick of Test hundreds against England during the 1984/85 season.

His wristy stroke-play was a treat to watch and he could hit anything bowled on the fifth stump line towards deep mid-wicket boundary with ease.

He was possibly the best all-round fielder those days whose reflex single action throw from close-in could only be replicated by Ravindra Jadeja among current cricketers. Also the unmatched swagger with his collar-up and the manner in which he spoke had its own charm.

Azharuddin and Ajit Wadekar formed one of the first successful coach-captain partnerships in the early 90's when India were invincible at home with Anil Kumble at his deadliest best.

He led India in an unprecedented three 50-over World Cups (1992, 1996, 1999) while others like S Venkatraghavan, Kapil Dev and MS Dhoni captained in two editions each.

The last of his 22 Test hundreds came against South Africa in his 99th and final match after which he was indicted for match-fixing.

While his fall from grace was quick, the road to redemption was filled with a lot of problems, including personal tragedy, and controversies that never seemed to leave him.

He lost his younger son Mohammed Ayazuddin in a bike accident in 2011.

He tried to enter sports administration through the Badminton Association of India but was found ineligible.

Even though the court termed his ban "illegal", the BCCI never fully warmed up to him and he is yet to get his pending payments, one-time benefit checque and pension.

By 2016, he was gradually getting acceptance in the system and would get invitations for various BCCI functions, including the annual awards night.

As the top representative of Hyderabad CA, he will now become relevant as the N Srinivasan camp and its rivals fight for power in BCCI.