Mohammad Azharuddin was very upset about being made to wait outside the meeting hall for a long time. 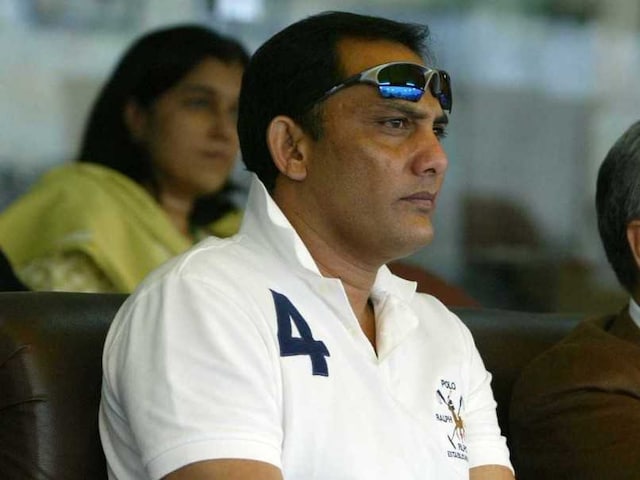 Former India captain Mohammad Azharuddin was barred from entering the Hyderabad Cricket Association's Special General Meeting (SGM) held on Sunday. Azhar was allegedly made to wait for an hour outside the venue. Only after the intervention of the Congress leader V. Hanumantha Rao, he was allowed to enter the venue. But soon as the meeting concluded, Azhar expressed his dissatisfaction over the current state of affairs in HCA and demanded that the association is dissolved.

"Players are lamenting that they have to pay lakhs of money to play matches. You cannot run an organisation on 'whims and fancies'. This is not somebody's home; this is an organisation, which is running from 1932," Azhar was quoted as saying by the news agency ANI.

"They made me wait outside for an hour. It was very embarrassing. I am a player from Hyderabad and had been the Indian team captain for ten years. These people, who are running the organisation know nothing about cricket. They had never held a bat and a ball in their life.

"If you all support my membership, I promise I will solve your problems," the 54-year-old added.

Azhar had earlier alleged that the HCA was not following the Lodha Committee recommendations and also indulged in other 'irregularities and misuse'.

Azharuddin, whose nomination for the post of HCA president was rejected in the elections held in January 2017, said deserving players were 'ignored' in the teams announced for the Moin-ud-Dowla cricket tournament.

His career came to a controversial end after when he was implicated in the infamous match-fixing scandal in 2000 and subsequently banned by the Board of Control for Cricket in India (BCCI) for life.