India Test and ODI captain Mithali Raj said it's time to "move on" from the spat she had with Ramesh Powar in 2018 and "look forward"; Powar said "we interact well". 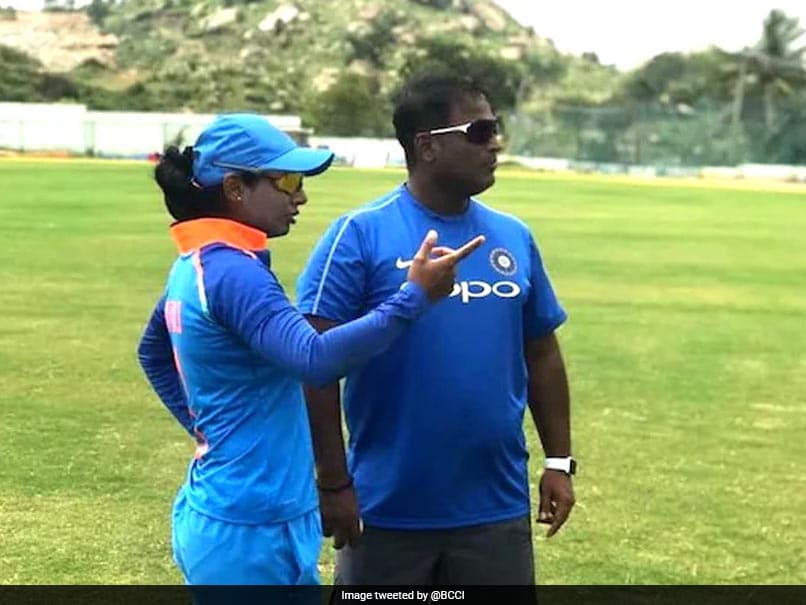 India women's Test and ODI skipper Mithali Raj on Tuesday said that the time has come for people to move on from her spat with head coach Ramesh Powar during the T20 World Cup 2018. Powar returned as the head coach of the women's cricket team last month after being sacked following India's semifinal defeat in the 2018 T20 World Cup. Mithali had been dropped from the semifinal and relations between the two spiralled out of hand as both accused each other of unprofessional conduct.

"Well, I think can we move on from that? It has been three years, we are in 2021 and we should be looking forward now. There are many more series coming and you know, if you are repetitively asking the same question then we need to get you back from the past," said Mithali during a virtual press conference.

When Powar was asked the same question, he replied: "We interact well, otherwise, I would not have come back in women's cricket. Everyone grows up after three years, larger goals are in the picture.

"This is a great opportunity for me, Mithali and the whole group to take women's cricket to another level where BCCI is supporting us. We are professional enough. You all know me, I have been at NCA, I have been with Rahul Dravid, his effect will play in this series."

"I am sure the girls have been interacting whenever they cross paths. It is good to have the men's team here because they have played a lot in the UK and you can ask them questions, they can help out because most of the girls are playing a Test match after a long time," said Mithali.

The women's team will take on England in a one-off Test, three ODIs, and three T20Is. The two teams will first square off in a four-day Test match, beginning June 16.

Then both teams will play three ODIs beginning June 27 with the matches slated to be played at Bristol, Taunton, and Worcester. They will then square off in three T20Is, beginning July 9 and the three matches will be played at Northampton, Hove, and Chelmsford.

India Women Mithali Raj Ramesh Powar Cricket
Get the latest updates on India vs Australia and check out  Schedule, Results and Live Score. Like us on Facebook or follow us on Twitter for more sports updates. You can also download the NDTV Cricket app for Android or iOS.