"Shut The Noise": Mithali Raj, Harmanpreet Kaur And Others Sweat It Out In Quarantine Ahead Of England Tour. Watch

The Indian women's cricket team players went through their paces during their quarantine ahead of the upcoming multi-format series against England. 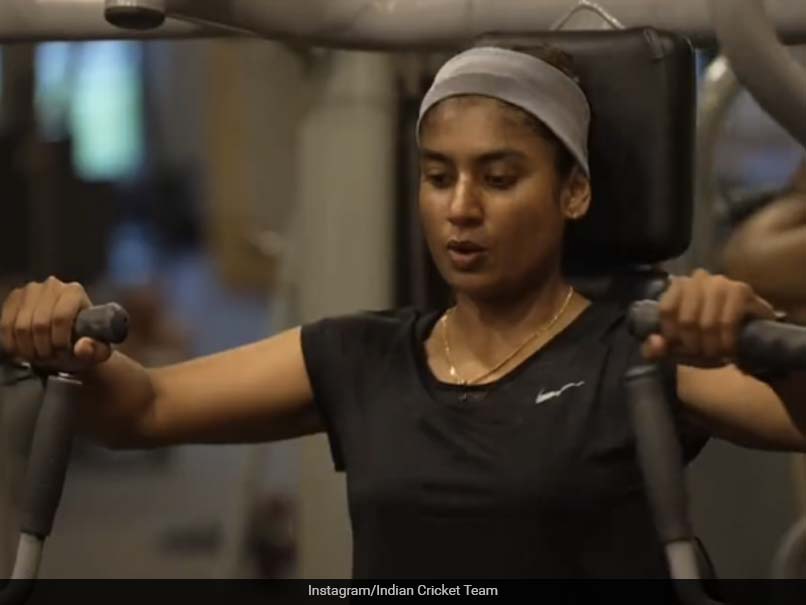 Mithali Raj sweating it out ahead of the England tour.© Instagram/Indian Cricket Team

India women cricketers might be in quarantine ahead of the upcoming multi-format series against England, but everyone is sweating it out in the gym to ensure they are raring to go for the high-voltage series. Taking to Twitter, the official handle of BCCI Women posted a video of the players working out in the gym and the caption read, "Shut the Noise! We are INDIA." The women's team will take on England in a one-off Test, three ODIs, and three T20Is. The two teams will first square off in a four-day Test match, beginning June 16.

Then both teams will face in three ODIs beginning June 27 with the matches slated to be played at Bristol, Taunton, and Worcester.

Both teams will then square off in three T20Is, beginning July 9 and the three matches will be played at Northampton, Hove, and Chelmsford.

The third T20I between England Women and India Women, which was slated for July 15, will now be held a day before in Chelmsford.

The third T20I will now be held on July 14 instead of July 15 due to broadcasting issues.

"Date Change. For broadcast purposes, the third Vitality IT20 between England Women and India Women at the Cloudfm County Ground will now be played on Wednesday, 14 July," England Cricket had tweeted on Tuesday.

England Women Mithali Raj Smriti Mandhana Harmanpreet Kaur Cricket
Get the latest updates on SA vs IND 2021-22, check out the Schedule and Live Score . Like us on Facebook or follow us on Twitter for more sports updates. You can also download the NDTV Cricket app for Android or iOS.