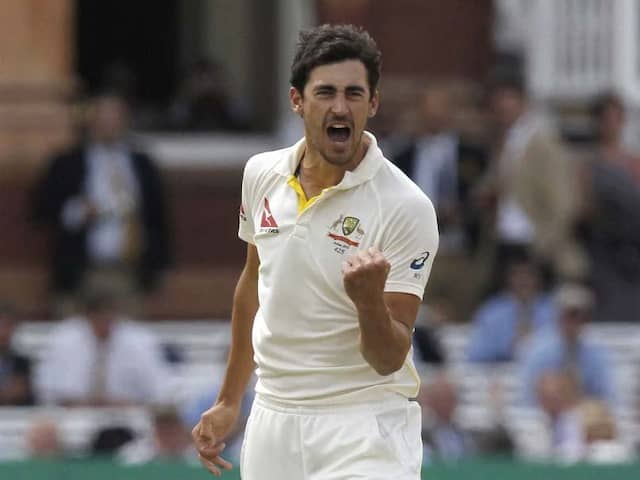 Australia pacer Mitchell Starc on Tuesday said that it would be great to have a pink-ball Test against India later this year. His remark comes as India and Australia are slated to play a four-match Test series later this year. All international cricket has been suspended since March due to the coronavirus pandemic, however, both BCCI and Cricket Australia have shown interest in going ahead with the series. "Yeah, I think, absolutely the series against India is a great thing, the fans love it, it creates a different aspect of the game, the bat and ball are closer as well in that contest," Starc said in a video posted by cricket.com.au on its website.

"India has played a pink ball test in India, they are not foreign to it, we do have a good record with the pink ball at home, I think it would be great to have a pink-ball Test against India, and with what I have heard, India is also open to it," he added.

The side managed to record a victory and after that Test, speculations rose as to whether India will play a day-night Test against Australia or not.

However, the BCCI president Sourav Ganguly in February this year confirmed that the side would indeed play a day-night Test against Australia.

During the 2018-19 series against India, Australia was without the services of David Warner and Steve Smith as the duo was facing a one-year ban for their role in the ball-tampering scandal against South Africa.

During 2018-19, India managed to defeat Australia at home for the first time in a Test series.

In the four-match series, Pujara scored three centuries in Adelaide, Melbourne, and Sydney and was the backbone of India''s 2-1 series victory.

Earlier this year, Australia displaced India as the number one team in the ICC Test rankings.

In the World Test Championship (WTC) standings, India is at the pole position while Australia is placed second.